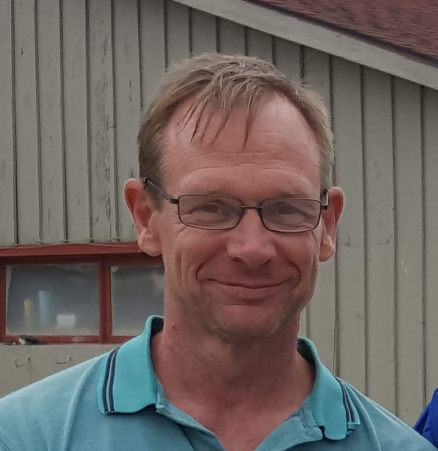 Obituary of Glen A. Holt

Glen A. Holt, 57, of Goshen, NY, died tragically in an accident on Tuesday, March 19, 2019. Glen was born November 21, 1961 in Smithtown, NY, the son of the late Edward Alan Holt and Nadine K. Neal. Glen attended Gettysburg College where he received a Bachelor's degree and later went on to further his education at Alfred University where he received a Masters degree. He retired from the Department of Labor as a Rural Services Laborer Representative. He was also a 10 year member of the Cataract Engine and Hose Co., Goshen, NY Glen was an avid hiker and bike rider. He loved nature, county and blue grass music and was a history buff. Through his work, he developed a deep connection to the local farming community in the Black Dirt. Through the years, he often refereed soccer games, coached and volunteered for a variety of activities around the area. He is survived by his children, Derek Holt of Goshen and Kierstin Holt of Goshen; mother, Nadine Epple and her husband Wesley of Rochester, NY; brother, Wayne Holt of Rochester, NY; sister, Diana Latorre and her husband Joseph of Honeoye Falls, NY; and many nieces and nephews. Visitation will be Monday, March 25 from 4 to 7 PM at the Donovan Funeral Home, Inc, 82 South Church Street, Goshen, NY. The funeral will be held 11:00 am on Tuesday, March 26, 2019 at Donovan Funeral Home, Inc, 82 South Church Street, Goshen, NY with Pastor Jason officiating. Burial will follow in Slate Hill Cemetery, Goshen, NY. In lieu of flowers memorial donations may be made to The Cataract Engine and Hose Company, PO Box 944, Goshen, NY 10924. Arrangements under the care of the Donovan Funeral Home, Inc., Goshen. To leave a condolence visitwww.donovanfunerals.com
Monday
25
March