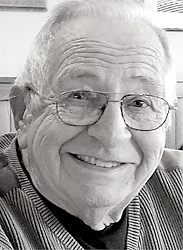 Theodore J. Cantanucci, 89, entered into rest on Sunday, December 13, 2020 at Valley View in Goshen, New York. Theodore (Ted) was born September 19, 1931 in Troy, NY. He is the son of the late Theodore V. and Jennie (Mai) Cantanucci. Ted married the love of his life, Katherine V. Ostwald on May 26, 1956 and together they had five daughters. Sadly, he was predeceased by his daughter Jennine (Leonard Francavilla) of Staten Island. He is survived by his wife, Katherine (Kay) Cantanucci, daughters Lisa (Jeff Logel) of Amawalk, Cynthia (Peter Scharf) of Clarence, Valerie (Steve Gross) of Greenville, and Dawn Marie Cantanucci of Middletown. He was the proud Grandfather of Michele (Napoleone) and Leonard John (Francavilla), Jessica, Nikkolette and Amanda (Logel), Anthony (Lorino) and Ryan (Gross), and Great Grandfather of Jamie Michael, Brenden, Antonia, and Michael (McCormack), and John (Napoleone). Ted enjoyed many things but the most important thing to him was his wife and five daughters. He enjoyed woodworking and carving, boating and fishing on Lake Ontario and a good glass of Chivas Regal Scotch. His boat was named Five Daughters. He was a skilled and talented man who could literally build anything. He enjoyed playing the saxophone in a band with his friends. Ted and Kay were community-minded individuals actively involved in the Church and School Board. He truly valued his close friendships, many of which lasted over sixty years. He was the type of man that welcomed you into his home and would give you the shirt off his back. Always eager to assist any neighbor or friend to help fix or build something, he was a generous and loyal man. As a young man Ted attended LaSalle Institute in Troy, New York. He went on to serve in the United States Marine Corp. He was employed as an architect where his designs can be seen in Albany and Richmondville, New York. He later went on to spend over twenty years working for C. T. Main and the New York State Power Authority helping to design and build the Marcy South Power Line Project. Ted served as Town and Village Justice of the Peace in Richmondville, New York for over seventeen years. He was a member of the New York State Magistrates Association. In his spare time Ted volunteered at the Niagara Falls Aircraft Museum helping to restore old military airplanes. The family would like to thank the home health care workers who cared for Ted in Youngstown, NY along with the many health professionals who cared for Ted in Valley View Rehabilitation and Nursing Facility in Goshen. The family is grateful for their care and support. Visitation will be Saturday, December 19 from 1:00 to 3:00 PM at Donovan Funeral Home, Inc, 82 South Church Street, Goshen, NY. The funeral service will be held 3:00 pm on Saturday at the funeral home. In lieu of flowers the family requests that memorial donations be made in Theodore's name to the Alzheimer's Association.»(Do not delete this line. It does not print. Text that is to appear on web must be entered before this line)
Saturday
19
December

Share Your Memory of
Theodore
Upload Your Memory View All Memories
Be the first to upload a memory!
Share A Memory
Send Flowers
Plant a Tree