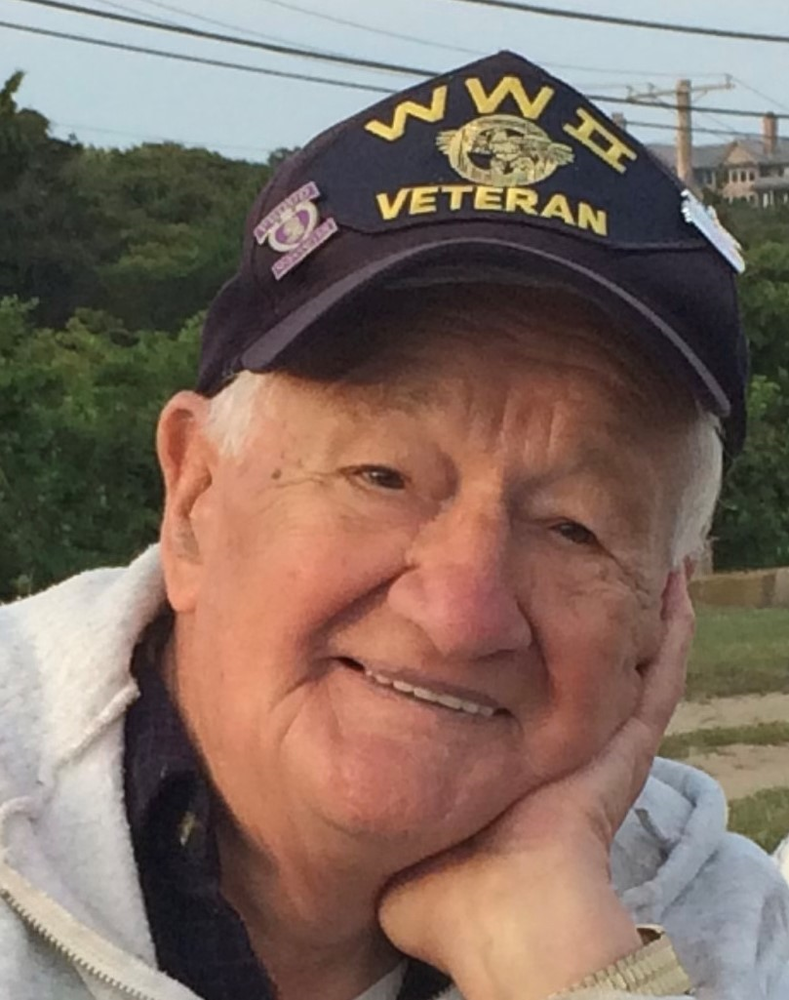 Please share a memory of Albert to include in a keepsake book for family and friends.
View Tribute Book
Albert E. Stipak, of Goshen, NY, entered into Heaven on Monday, April 5, 2021 at Garnet Health Medical Center, Middletown, NY, with family by his side. He was 97 years young. Al was born on August 23, 1923 in Manhattan, NY to Joseph Stipak and Josephine Tertinsky. He grew up in the Bronx and served in the US Army Signal Corps, special intelligence, from 1943-1946. In 2014 he was proud to be named as Grand Marshall at the Memorial Day Parade in Goshen, NY for his service in WWII. He met Joan Weinsheimer in 1946. Joan was a friend of Al's sister, and one day while visiting, she saw Al's photo and said, "Save that one for me!" His mother replied, "Not Albie, he's the wolf of the family!" They were married on August 28, 1948, and had 5 children, 17 grandchildren and 19 great grandchildren. They were blessed with 51 years of marriage. Al graduated from Fordham University with a bachelor's degree in accounting. He was Comptroller of St. Luke's Hospital, in Newburgh, NY from 1956 to 1976, then became Asst. Comptroller at Horton Hospital, until his retirement in 1986. Never one to sit idle, in his retirement he volunteered his time doing tax returns for the AARP and Newburgh Ministry, which he especially loved. Many clients there affectionately called him "Mr. Block." In 2002, he married Loretta McCarthy, the second love of his life, and would often say he was twice blessed in marriage. Al was a living example of his Catholic Faith. He was an active member of the Knights of Columbus, CFM, Cursillo, Holy Name Society, and a past commander of the Catholic War Veterans. He attended daily mass and served as Eucharistic minister and lector, and was often the oldest altar server. Al was a loving father, grandfather, great grandfather, brother, uncle and friend. He took immense pride in being "Grandaddy" and loved talking about his great big family to everyone he met. He loved camping, travel, classical music, 40's swing, and bragging about the gas mileage he got on his Prius. He was extremely resourceful and could fix anything with duct tape or GOOP. He instilled in his family, his love of Montauk and family traditions, his strong work ethic and love of his faith. Al is survived by his brother George Stipak; his children, Karen Bello, Nancy Carey, Linda Hoeffner and husband Philip, Susan Candela and husband Joseph, Sr.; his daughter-in-law, Barbara Stipak, and his step son Joseph McCarthy. He was predeceased by his parents, his siblings Frank, Mary, Matilda, John and Margaret, his wife Joan Stipak, his son Robert Stipak, and his wife Loretta McCarthy. He will be remembered by all for his unconditional love, generous spirit, great sense of humor and joy for life! Visitation will be Friday, April 9 from 2-4 & 6-8 PM at Donovan Funeral Home, Inc, 82 South Church Street, Goshen, NY. A Mass of Christian burial to Celebrate his life will be held 10:00 am on Saturday, April 10, 2021 at St. John The Evangelist RC Church, 71 Murray Avenue, Goshen, NY. Burial will follow in St Mary's Cemetery, Montgomery, NY. Arrangements under the care of the Donovan Funeral Home, Inc., Goshen. To leave a condolence visit www.donovanfunerals.com In lieu of flowers please consider a donation to Newburgh Ministry, 9 Johnston St, Newburgh NY, 12550 in Albert Stipak's memory.
Friday
9
April

Share Your Memory of
Albert
Upload Your Memory View All Memories
Be the first to upload a memory!
Share A Memory
Send Flowers
Plant a Tree