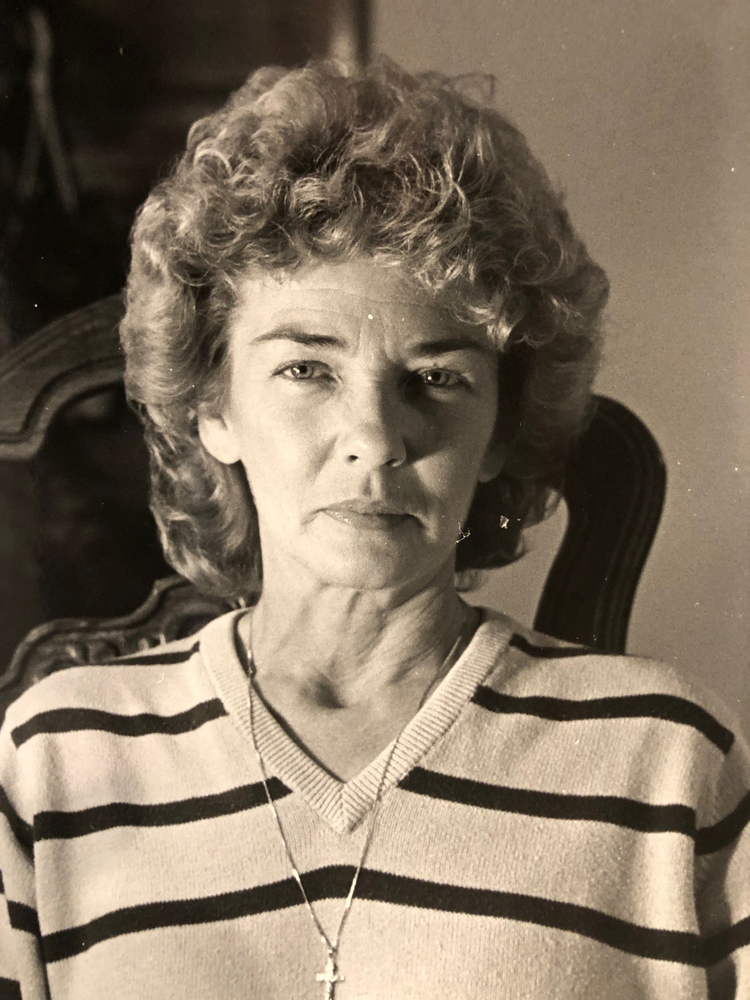 Mary Margaret Kitson, age 85 of Chester, NY, passed away at home on November 24, 2021, after a courageous battle against stomach cancer. She was surrounded by her loving family who will miss her always present smile and abiding love. Born on October 12, 1936, in Bennington, Vermont to Leonard and Kathleen Hosford, Mary was the treasured wife and love of Jack (John) Kitson for more than 65 years. Above all, Mary was a dedicated, protective and loving mother and grandmother. She loved nothing more than being with her family, passionately embracing every moment together. While a proud Vermonter, Mary never lost her love for New York City where she spent her childhood and raised five young children. A member of Cathedral High School's Class of 1954, Mary married her husband, Jack, in July 1956 at St. Luke's Church in The Bronx. After a dozen years, five children, and a series of walk-up apartments, she, Jack, and their growing family moved to Chester in 1969. As a new resident of Chester, Mary gained distinction as the Village of Chester's first female police officer, serving in that role in 1973. She continued her commitment to public service, working for the Orange County Department of Social Services for 25 years. As an Administrator, Mary lead with care and commitment and, she was greatly admired and loved while working at several of the department's locations. Mary was also an avid reader and upon her retirement from the County joyfully began working for the Chester Public Free Library where, surrounded by books, she felt right at home. She proudly passed on her love of reading to her children and grandchildren. Blessed with great curiosity and boundless energy, Mary set high goals for herself, forever making her husband, Jack, beam with pride. Approaching the age of fifty, she proudly enrolled with her husband at Orange County Community College and earned a degree in Business Administration in 1984. Together, Mary and Jack happily embarked on 36 cruises to multiple world destinations, always exploring and loving each other's company. Mary is survived by her loving husband and best friend, Jack, as well as her five devoted children; her sons, John Kitson and wife, Nora, of New York, NY, James Kitson and wife, Diane, of Middletown, NY; her daughters, Patricia Nelson-Schaffner and husband, Gerard, of Berrysburg, PA, Kathleen Andryshak and husband, Richard, of Milford, PA and Ann Hennig and husband, Russell, of Pine Bush, NY; her cherished grandchildren, Jessica Martine (Dave), Luke Nelson, Michaela Kitson, Trisha Mary Nelson, Nicholas Hennig, Rachel Andryshak, Jack Kitson, Samantha Andryshak, Meghan Hennig, and Caitlin Kitson; her brothers, James Hosford and William Hosford; her dearest life-long friend Marie (McArdle) Slevin, and several nieces, nephews, and cousins. Mary is predeceased by her parents, Leonard and Kathleen Hosford; her brothers, Jackie (John) Hosford and Thomas Hosford; her sisters, Dorothy Boiano and Patricia Brennan, as well as her son-in-law, Howard Nelson. Family and friends are invited to attend visiting hours on Tuesday, November 30, from 3 PM to 7 PM at Donovan Funeral Home, Goshen, NY. A funeral Mass will be held at St. Columba, Chester, NY at 11 AM on Wednesday, December 1, followed by a Christian burial at the Veterans Cemetery, Goshen NY. In lieu of flowers, the family asks that you consider a donation to St. Jude's Children's Hospital or the Tunnel to Towers Foundation in Mary's name.

Share Your Memory of
Mary
Upload Your Memory View All Memories
Be the first to upload a memory!
Share A Memory