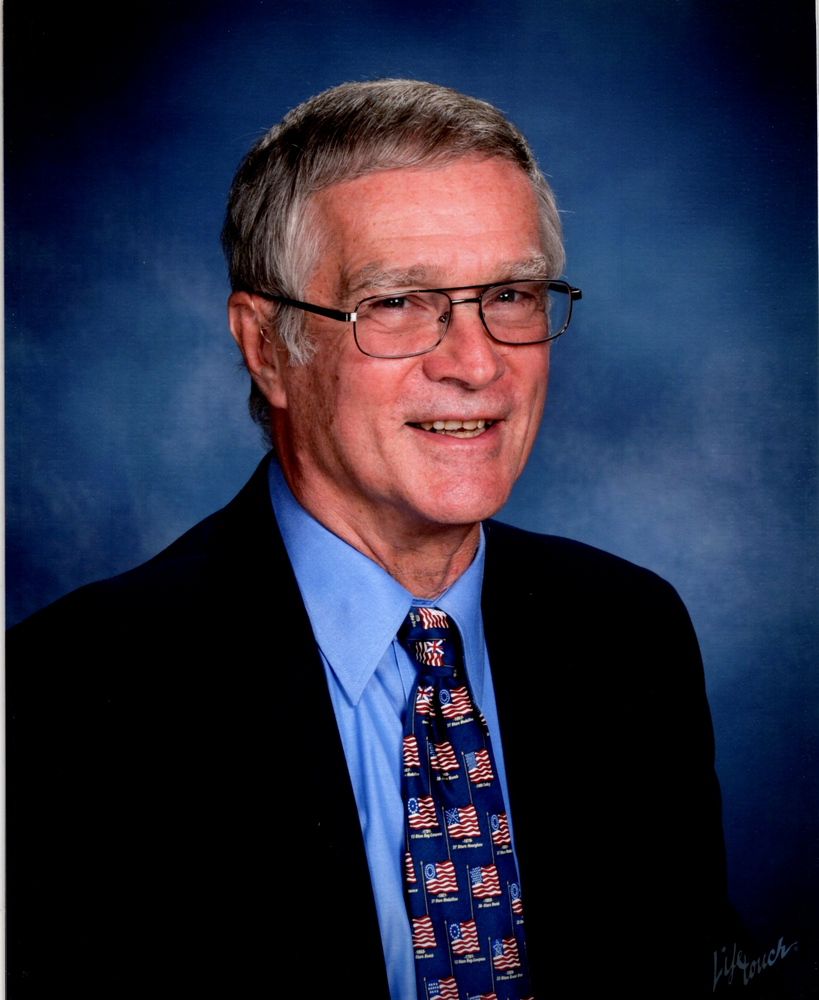 Please share a memory of Bruce to include in a keepsake book for family and friends.
View Tribute Book
It is with great sadness that the family of Bruce Thorne Crandall announce his passing. Bruce died unexpectedly on December 12, 2021, at the exact age of 79. Bruce was a friend to all and loved by all. He never spoke an unkind word, and was a shining example of how to love unconditionally. He was happiest when serving others and spending time with his family. Born to Dorothy (Taylor) and Joseph Crandall, Bruce was proud to hail from the small town of Earlville, New York. As the youngest of three brothers, his older siblings, Joseph and Allan, pun-ished him with jokes and frivolity from an early age. This corruption forced the development of his quick wit and wonderful sense of humor, and instilled in him the optimism and enthusiasm that became essential parts of his personality. Bruce graduated from Earlville Central School in the class of 1960, was captain of the basketball team, and a proud trumpet-playing member of the marching band, dance band, and brass ensemble. His high school senior quote was, "Without music, life would be a mistake." Bruce went on to major in history at Gettysburg College, graduating in 1964, and earned his master's degree in 1971 from Fairleigh Dickinson University. At Gettysburg, Bruce began building his encyclopedic knowledge of Civil War scholarship. While working at the Gettysburg College dining hall, he reprimanded a beautiful woman for the offense of sneaking an extra salad. He and Jean Moss Crandall would have celebrated their 56th wedding anniversary this week. In a display of great inner strength and resiliency, Bruce chose to teach middle school social studies. He worked briefly in Eldred and then spent thirty two years as a beloved teacher at Farragut Middle School in Hastings-on-Hudson, New York. Many generations of 7th grade students "fondly" remember his extensive slide show presentations on the historical markers of New York State, his collection of Time Magazine covers, and the "Joy City" project they worked on while in his class. An avid runner, Bruce also served as the coach of the Hastings girls cross country team, and battled jungles of poison ivy to carve new cross country courses out of the woods at Westchester Community College and on the Burke Estate in Hastings. Bruce and Jean moved to Peekskill, NY in 1969 to raise their two children, Allison and Brian. Bruce was a committed and active member of the Peekskill United Methodist Church for over 20 years. They moved to Yonkers, NY in 1992 and then to Goshen, NY in 2003 where he joined the First Presbyterian Church of Goshen. Bruce enjoyed singing in the choir and occasional trumpet and hand bell performances at both churches. In retirement, Bruce remained in perpetual motion. He officiated at hundreds of track meets throughout the Hudson Valley and was in charge of training for Southern Catskills Track & Field Officials (SOCAT). Bruce returned to Farragut Middle School year after year to present lessons on Women in American History and genealogy, during which he proudly outlined his connection to his famous ancestor, Prudence Crandall (3rd cousin 4 times removed). Bruce was an active member of Camp 124 of the Sons of Union Veterans of the Civil War, an organization dedicated to preserving the history and legacy of the heroes who fought to save the Union. Throughout the years, he was honored to play Taps at many graveside memorial services and events for various organizations. Bruce also spent part of every weekday at the Mad Science of the Mid-Hudson office, where his laughter would brighten the day for his son and daughter-in-law's office staff. An avid genealogist, Bruce spent countless hours researching the connections of Civil War veterans. He was obsessed with the descendants of Elder John Crandall, who emigrated from Wales to Massachusetts Bay Colony in 1634 only to be expelled and become one of the seven men named in the charter of the Colony of Providence Plantation and Rhode Island in 1664. Bruce eventually identified and traced the final resting places of over 3,200 descendants of Elder John who served on both sides during the Civil War. He also identified the grave sites of nearly all the members of the 114th New York State Volunteer Infantry (his great-grandfather's regiment) and those of the 124th New York State Volunteers – the "Orange Blossoms" of local fame. Surviving are his wife, Jean Moss Crandall; his daughter, Allison Crandall Armieri and favorite son-in-law Brian Armieri, of Asheville, NC; his son Brian Crandall and favorite daughter-in-law Jennifer Fessler Crandall of Goshen, NY; grandson Dallas Armieri and granddaughters Emma and Mia Armieri and Katie Crandall; and his pandemic recue cat, Chester. Bruce also leaves behind many beloved nieces, nephews, cousins, neighbors and friends…all of whose lineage is precisely mapped and connected somehow to the Crandall family tree. Visitation will be on Friday, December 17, at Donovan's Funeral Home in Goshen from 4:00 to 7:00 PM. A Memorial Service will be held at the First Presbyterian Church of Goshen on Saturday, December 18 at 1:00 PM. In lieu of flowers, donations can be made in his memory to the First Presbyterian Church of Goshen.
Saturday
18
December

Share Your Memory of
Bruce
Upload Your Memory View All Memories
Be the first to upload a memory!
Share A Memory
Plant a Tree