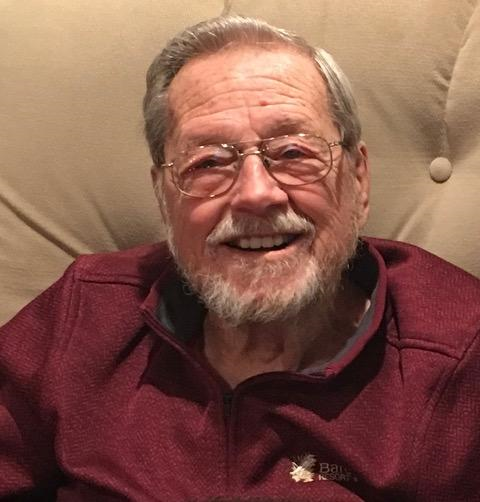 Carl LeRoy Crist Carl L. Crist of Campbell Hall passed away at home on December 22, 2021, at the age of 93. Carl, born in Goshen, N.Y. on December 23, 1927, was the son of the late Raymond H. Crist and Madeleine (Benton) Crist. Carl was predeceased by his wife of 66 years, Helen Van Sickle Crist and his sister Marjorie Cecelia Hoffman. He is survived by his daughter Sue Ellen Samuelson and her husband Robert also of Campbell Hall, his grandson Jay R. Samuelson, his wife Jane and great granddaughter Sarah of Montgomery, and his granddaughter Dana L. Brookshire, her husband Jeff and greatgrandchildren Addison and Ryan of Charlotte, N.C. He is also survived by favorite nephews J. Crist (Cris) Hoffman of Raleigh, N.C. and Joel Hoffman of Lansdale, PA. After graduating from Goshen High School in 1946, Carl joined the Navy and sailed to Pearl Harbor on the USS Trippe to help with restoration following the war. He joined the Naval Reserve upon returning home. Then, he became a National Rural Letter Carrier for the United States Post Office and was a leader, advocate, and influential union representative in the Rural Letter Carrier Association. Following his retirement from the post office he drove a school bus for the Washingtonville Central School District. Carl was a 70-year member of the Otterkill Engine Company #1 as well as the Secretary of Fire Commissioners of Hamptonburgh Fire District for 50 years. He was a member of the Hamptonburgh Presbyterian Church and avid gardener. While Carl loved all these jobs and titles, his true devotion was his role as Superintendent/ Treasurer of the Hamptonburgh Cemetery. Burial will be in the Hamtonburgh Cemetery on Monday, December 27, 2021, at 1:00p.m. The family will greet friends and relatives at Otterkill Country Club following the service. Arrangements are being made by the Donovan Funeral Home, Inc, Goshen, N.Y. Memorial donations can be made to Hospice of Orange and Sullivan Counties, 800 Stony Brook Court, Newburgh, N.Y. 12550.
Monday
27
December

Share Your Memory of
Carl
Upload Your Memory View All Memories
Be the first to upload a memory!
Share A Memory
Send Flowers