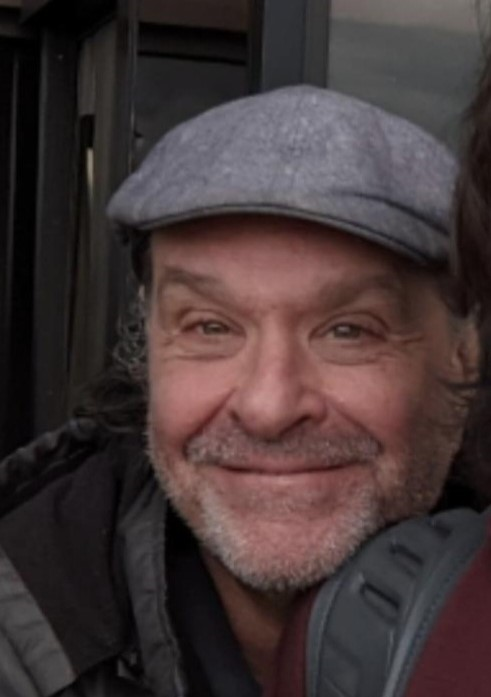 Please share a memory of Michael to include in a keepsake book for family and friends.
View Tribute Book
Michael Joseph Ciliberto, 65, of Middletown passed, peacefully, Thursday, April 7, 2022 at home. Michael was born March 11, 1957 in Middletown, NY. He is the son of the late Joseph Stanley Ciliberto and Rosemeri (DiDomenico) Ciliberto. He was a graduate of Middletown High School and earned his Associates Degree in Electrical Engineering at Orange County Community College (now SUNY Orange). Michael was most proud to be the father of David and Joseph, the true lights of his life, and husband to Ruthi (whom he always called his Angel). Though known as an outstanding musician/amazing guitarist, he always said he'd much rather be remembered as a good person and loving husband and father. He treasured his time with his family, whether going to school functions and Little League, Mets games, Broadway shows, or just plain being at home. He very much missed being nearer to his own Mom and brother, who are out of state, but so loved and appreciated the love and support of all his in-laws, especially his mother & father-in-law. He was a proud uncle and granduncle, as well. He adored watching his nieces and nephews grow, got such a kick out of his little grandnephew and was looking forward to meeting his new grandniece (who's on the way!). Michael was a good friend. If you were one of'em, and we so wish we could name you all, you knew he loved you. The good, the bad, the ugly; no BS, there, but that's what makes you family. Back to the music… He was a born musician. When he was only 13, he was grabbed by the older boys to be their lead guitarist. They had to promise his parents that they'd make sure he did his homework, so they'd let him go to rehearsals! (Yeah, how do you think THAT turned out?) One of his childhood friends & next-door neighbor recently shared that, when they were younger, he'd wanted to be a professional guitarist, but his parents said, "well, if you played like Mike Ciliberto, we could see it!" (Thanks for that, Don; it brought some well-needed smiles.) His guitar work was unquestionably second-to-none, and though that's how most people knew him, he was actually accomplished in many instruments. He studied classical piano, played the mandolin, bass, drums and pedal-steel guitar, just to mention a few. He loved writing and recording his own music, producing for others and was one of the best tube amp repairers around. Basically, if you needed an amp or instrument fixed, he could do it. Michael went on to play and tour with many bands, and shared the stage with many notable and respected musicians, too many to mention here. (There were many times he'd see or hear about someone and casually say, "oh, yeah, I played with him/them.") However, the ones who were closest to his heart absolutely need to be mentioned. First, our beloved hometown Route 66...past, present and always; from way back in the day, to the present and whenever they got together. No matter who he was currently with, he'd always love getting back with this "family of brothers." Missing Timmy & Roger, but still loving to get together with Figgy & Ralph. Little Sammy Davis (missing him, as well)…Boy did Michael love playing the Blues with Sammy. The bonus was that this band included some more of his best friends from forever, Bradford, Freddy and Jack. Speaking of old friends, he had been the Musical Director, lead guitarist & keys for Jay and the Americans, which included his old pal, Marty. Having "family" on the road was always a plus. Since then, he's been lead guitarist/backing vocals with Blues Magoos. Peppy, Ralph, Geoff & Peter, always a trip! (Apologizing for name-dropping, but Pep, he so enjoyed that weekend at Joey Kramer's house, collaborating with you both.) Solo artist, and again, old friend, Charlie Lang…he loved collaborating with you. All of you are family to us, and we want you to know how much your buddy absolutely loved your Friendship above all else. May God Bless You All. He is so deeply loved and missed by all his family and friends. We know we have, and greatly appreciate your thoughts and prayers, and ask if you would kindly add a few extras whenever you think of Mike. He is survived by his loving Wife, Ruth Ann (Hulbert) Ciliberto; Sons, David M. Ciliberto and Joseph R. Ciliberto; Mother, Rosemeri Ciliberto; Brother, Walter E. (Josefina) Ciliberto; Parents-in-Law, Robert C. and Ruth E. Hulbert; Sister-in-Law, Ramsi Lee (Barry) Bradford; Brother-in-Law, Robert A. (Carole McKelvey) Hulbert; Nieces and Nephews, Mikenzi (Kyle) Ross, Varonica Phillips, Sean P. Phillips, Jr., Joseph G. Ciliberto; Grandnephew, Jake and (soon-to-be) Grandniece, CeCe; Uncles & Aunts-in-Law, Bryan (Lynn) Dietz, Richard (Sandi) Dietz; Aunt, Pat Korecky, Several Cousins; and So Many Truly Wonderful Friends. He Loved You All, More Than Words Can Say. He is predeceased by his father, Joseph Stanley Ciliberto and brother, David Frank Ciliberto. Visitation will be Wednesday, April 13 from 2:00 to 5:00 PM & 7:00 to 9:00 PM at the First Presbyterian Church, 33 Park Place, Goshen, NY. The Funeral Service to Celebrate his life will be held 10:00 am on Thursday, April 14, 2022 at the First Presbyterian Church, 33 Park Place, Goshen, NY, with Fr. John Fraser officiating. Burial will follow at Wallkill Cemetery, Middletown, NY. In lieu of flowers, the family would love it if you'd make a donation to the charity of your choice. Arrangements under the care of the Donovan Funeral Home, Inc., Goshen. To leave a condolence visit www.donovanfunerals.com

Share Your Memory of
Michael
Upload Your Memory View All Memories
Be the first to upload a memory!
Share A Memory