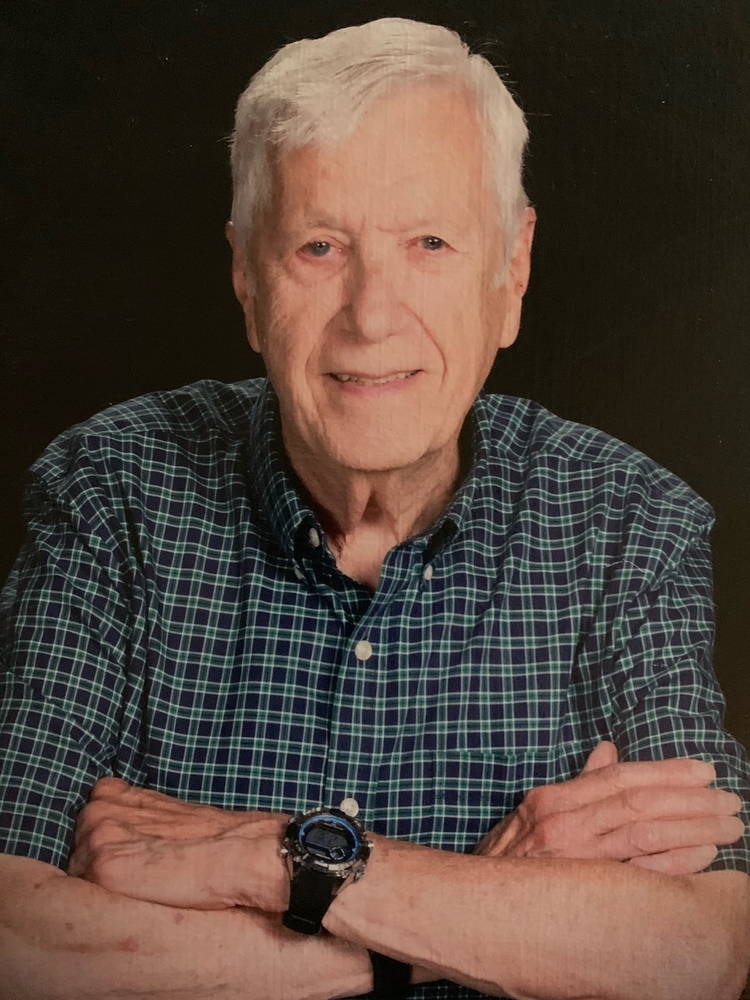 Please share a memory of Stephen to include in a keepsake book for family and friends.
View Tribute Book
Stephen C. Coon of Goshen, died peacefully on Wednesday, April 6, 2022 at Garnet Health Medical Center, Middletown, NY after a short illness. He was 91 years old. He is the son of the late Stephen H. Coon and late Cecelia (Martin) Coon. He was born on January 1, 1931 in Poughkeepsie, NY. He was a resident of Goshen for 61 years living in the family home that was built in 1917. He married his wife, Carol (Riverkamp) Coon on April 28, 1957. They raised 3 children in this home. Stephen graduated from Poughkeepsie High School in 1949. After graduating he served in the U.S. Army from 1949 – 1954 at Fort Bliss, TX. He attended Bliss Electrical School during this time. Later, he was employed for 31 years as Chief Inspector of Supply at West Point and Stewart Airforce Base. He was a member of the First Presbyterian Church of Goshen for 61 years, serving on many committees. He was a Masonic member for 68 years in total, in both Poughkeepsie and the Goshen Masonic Lodge #365 F. & A.M. During his life he enjoyed camping with the family in the Adirondacks and Assateague Island, MD. He enjoyed working in his yard and doing projects around the house. He was an avid Yankees fan and daily viewer of Jeopardy and Wheel of Fortune! He also liked the daily puzzles in the newspaper. His favorite movie was The Sound of Music. After retiring in 1989, he enjoyed his retirement with Carol travelling and spending time at the house at Pleasure Lake. He is survived by his daughter, Deborah Johnson (Gary), Chester, NY; son, Jeffrey Coon, Olathe, KS; and daughter, Nancy Buckley, Middletown, NY; brother; Rev. Edwin Coon, Mukilteo, WA, and three nieces, Carol, Merry, and Janet. Also, seven grandchildren, Sarah Gibbons, Blayne Gibbons, Curtis Johnson and wife Heather, Michael Coon, Stephen Coon, Eric Johnson and fiancé Krystal Young, Emily Johnson and fiancé Matthew Rossi. Also, two great grandsons, Evan and Patrick Johnson. He was a happy and proud father, grandfather and great-grandfather. He was very thankful for all of his good neighbors who helped him out in his later years. In lieu of flowers, please make a contribution to a charity of one's choice. There will be a memorial service in celebration of his life on April 23rd at 11:00 AM at the First Presbyterian Church of Goshen at 33 Park Place, Goshen, NY. Arrangements are being made under the care of Donovan's Funeral Home, Inc. To leave a condolence please visit www.donovansfuneral.com.
Saturday
23
April

Share Your Memory of
Stephen
Upload Your Memory View All Memories
Be the first to upload a memory!
Share A Memory
Send Flowers
Plant a Tree