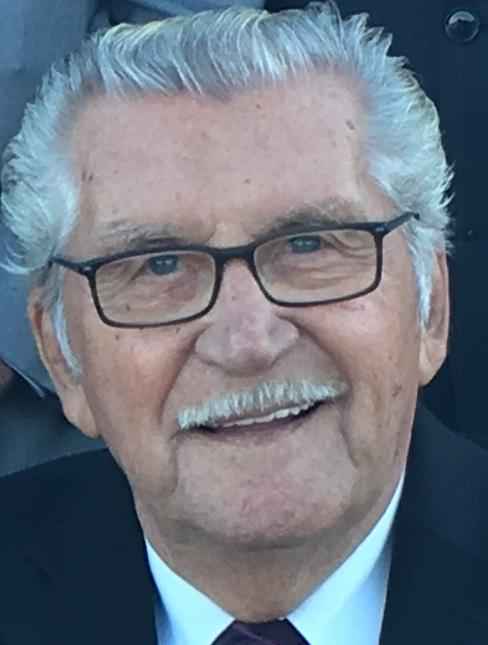 Helmut O. Voellmann, 87, of entered into rest on Monday, September 16, 2019 at Orange Regional Medical Center, Middletown, NY. Helmut was born February 12, 1932 in Germany, the son of Otto and Christine Voellmann. He emigrated from Germany in 1957. Helmut was a Painter for 44 years in Rockland County. He retired and lived in Goshen for 14 years. He authored "Odyssey: The Life and Times of a German Boy." He was a member of the German American Club of Middletown, NY and the Goshen Seniors. . He is survived by his wife, Anneliese at home; sons, Richard of New Windsor, NY, Frank and wife Karen of Acton, MA and Christopher and wife Cheri of Cedar Park, TX; seven grandchildren, Nicholas, Randall, Jeremy, Stephanie, Justin, Kimberly and Shea; his brother, Bruno and wife Brigitte of Berlin, Germany; sisters, Erna Satzer and husband Helmut of Speyer, Germany; and many nieces and nephews. He was predeceased by his mother in 1975 and his father who was killed in the War; his brothers, Richard, Siegfreid, Heintz and Herbert and sister Irmgard. Visitation will be Wednesday, September 18 from 4 to 7 pm at the Donovan Funeral Home, Inc, 82 South Church Street, Goshen, NY. A Mass of Christian burial will be held 10:00 am on Thursday, September 19, 2019 at St. Columba R. C. Church, 27 High St, Chester, NY. Burial will follow in Hamptonburgh Cemetery, Campbell Hall, NY. Arrangements under the care of the Donovan Funeral Home, Inc., Goshen. To leave a condolence visit www.donovanfunerals.com
Wednesday
18
September