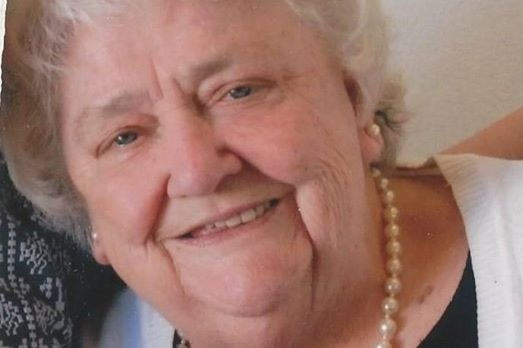 Frances George, 82, of Middletown, entered into rest on Sunday, February 23, 2020 at The Willows at Ramapo Center, Suffern, NY. Frances was born October 15, 1937 in Goshen, NY, the daughter of the late John and Gertrude (Mann) Richner. She was the widow of Louis George a World War II veteran.. She was retired from Sonia's, Goshen NY as a manager. She also worked for the Goshen Central School System in the cafeteria department and was a volunteer for 7 and 1/2 years at Orange Regional Medical Center in Middletown, NY She is survived by her son, Jack George; sister, Gertrude (Trudy) Roach and her husband Gary. Along with nephews Joe Volkmer, Jim Volkmer, Gary Koeppel, Mark and Michael Ziccardi, John Vanderschaaf, and nieces Jean Volkmer Schreiner, TJ Ziccardi, Sandy Sandhage, Marty Hankins, Tina Liebertz, Teri Schaffer, Stacy Richner, and many other cousins including Fran and Jack's goddaughter Amanda Pucino She was predeceased by brothers Jack and Harold Richner, and sisters Sarah (Sally), Ann, and Terri.. The family would like to thank the staff at Orange Regional Medical Center rehab unit and The Valley View of Goshen for allowing Fran to achieve her goals in life. Visitation will be Wednesday, February 26 from 6 To 8 PM at Donovan Funeral Home, Inc, 82 South Church Street, Goshen, NY; with the funeral service at 7:30pm. Burial will be private with the family.
Wednesday
26
February

Share Your Memory of
Frances
Upload Your Memory View All Memories
Be the first to upload a memory!
Share A Memory
Send Flowers