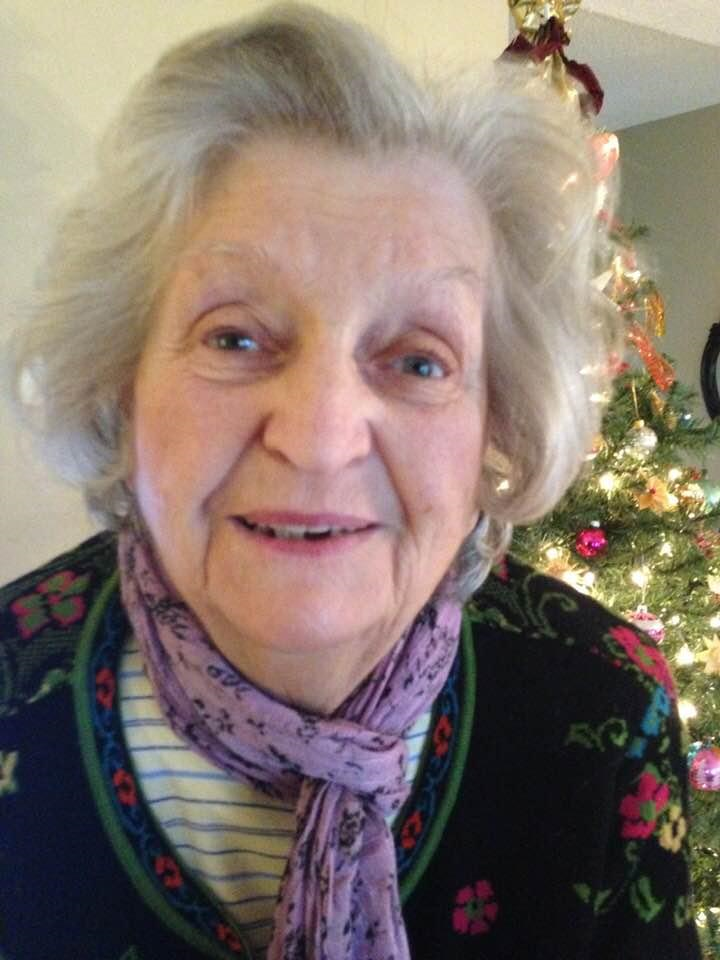 Wiltrud "Trudy" Costa June 2, 1934 – March 15, 2020 Wiltrud Ida Friedericke Klaeger Costa fell peacefully asleep on March 15, 2020. Our hope and trust is with the Promises of our Lord and Saviour, Jesus Christ. Wiltrud was born to Professor Hellmuth Klaeger and Anna Frishkorn Klaeger in Welzow Nieder-Lansitz, Germany, on June 2nd, 1934. As a child she lived in Oranienburg-Berlin during World War II, and was on the last train out of Berlin. She remembered hovering with her family in the basement of their apartment as the bombs dropped. Her family then fled to Bavaria to live with her grandparents, and then to the Pfalz. As a child, she remembered seeing the 1st car drive through town, and lived well beyond the 1st man on the moon. She enjoyed dancing. She was affectionally known as "Butzi" by her family of origin and later by her husband. She obtained a technical degree as a Druggist in Herbal treatments, and went to work in the city of Mannheim as a young woman, where her father arranged for her to rent a room with the nuns. She frequently reminded us that she had to be in by 8 PM as that was the nun's curfew. In 1959, she came to America via a German Cruise Line to New York, following in the footsteps of some of her girlfriends. Here she met the love of her life, James Costa, and became a wife, mother, and homemaker. Later in life, she worked in the kitchen for the Orange County Home & Infirmary, from which she retired in 1997. She was an excellent cook, baker, and gardener, all of which were influenced by her German & French heritage. She appreciated classical music, as well as American contemporary music, and fine art. She enjoyed going to Church & singing hymns. She believed in the power of prayer. She was a strong, independent woman who had great respect for her father and mother. She had a great love for animals and people, and was always concerned for those less fortunate. She loved a good party, a good laugh, and a little fine wine. She was The Queen in our family. The widow of James Costa, she is survived by her children: Ramona Harragin, and her husband John, Beverly Tomovick and her husband, Jack, and Stephen Costa and his significant other, Joy Hines. She is also survived by her grandchildren & great grandchildren: Matthew Tomovick, and his wife Sarah, and their daughter Blair, as well as Hannah Tomovick and her daughter Rayna, and her son Cameron. Additionally, she is survived by her youngest sister, Friderun Kirpry and her husband Werner, her sister in law Gertrude Klaeger, her brother in law Rudi Steiner, her brother in law Mario Costa, and many nieces and nephews in both Germany and the USA. She was predeceased by her husband James, her parents, her brother Otfried Klaeger, and his wife Margit, her brother Wirnt Klaeger, and her sister Ute Steiner, as well as her brother in law Fernando Costa and his wife Marilyn, and sister in law Ernestine Costa. The family would like to thank Middletown Park Manor for the care Trudy received during her final six months of her life; many of the staff are truly compassionate. A special thank you to Donna Harragin for the compassion and consideration she gave Trudy while she was in the nursing home. We would also like to thank her caregivers at home, Laura Smith , Regina Dingy, and Iona Bailey, without whom she would not have been able to stay her last couple of years in her home. Additionally, a special thank you to Dr Manuel Perry, Dr Liby Matthews, and Dr Winchester-Penny for their compassionate care. In lieu of flowers, donations may be made in Trudy's name to either The Hudson Valley Food Pantry, 195 Hudson Street, Cornwall-on-Hudson, NY 12520, or H.O.N.O.R, the emergency housing shelter, 38 Seward Avenue, Middletown, NY 10940 Friends and family are invited to call on Thursday, March 19th between the hours of 4 pm to 7 pm at Donovan's Funeral Home, 82 South Church Street, Goshen, NY 10924. A Prayer Service will be given at 6:30 pm by Pastor Brian Randazzo. On Friday, March 20th, 2020, a Mass of Christian burial will be given at 11 AM at Brick Reformed Church, 1582 State Route 17K, Montgomery, NY 12549, followed by interment at Grahamsville Rural Cemetery, Route 55 (Main Street) in Grahamsville, NY 12740. These are difficult times that we are living in. If you are sick or feel unsafe, please stay home and take care of yourself. We pray God's hand of protection over us all, In Jesus name, Amen!
Thursday
19
March