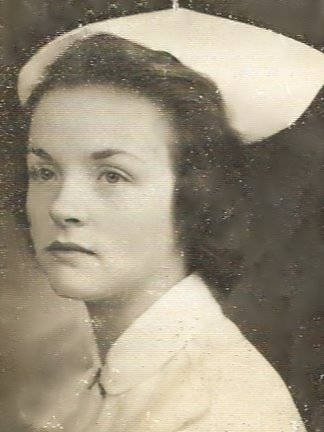 Julia Ann Galdun passed away on May 8, 2020, in Paramus, N.J. Julia , also known as "Dee Dee" was born on February 24, 1938, at the Brady Maternity Hospital in Albany N.Y. to Thomas and Margaret(Snyder) Moran. After their brief stay in Albany, the family returned to Girardville, Schuylkill County, Pa. the long time home of the Moran's and Snyder's. Julia spent her childhood in Girardville along with her siblings Mary(Moran) Henning, Charles Moran and Thomasine Moran. Julia was predeceased by her parents and siblings. Upon graduating from high school in Girardville, she subsequently moved to Reading, Pa. entering nursing school at St. Joseph's Hospital. It was while she was a nursing student that she met the love of her life, Frank Galdun. Apparently, on Frank's part, it was love at first sight. Frank and Julia married in 1958 after Frank was drafted into the army and sent to Fort Jackson, S.C. While in South Carolina they had two sons, Frank and David. Upon leaving the army, they returned to Pennsylvania where their sons John and Michael were born. After raising her children in Rockville, Md., Julia pursued her education and career as a Registered Nurse. She earned her Bachelor of Science in Nursing at the University of Maryland's Baltimore Campus. At various times she was employed at Rogers Memorial Hospital and Sibley Memorial Hospital in Washington D.C. and the National Institutes of Health in Bethesda, Md. In 1979 Frank and Julia moved to their home in Sugar Loaf, N.Y. in a beautiful location in the shadow of Sugar Loaf Mountain. They both loved the solitude and natural beauty of this house. It was while living in Sugar Loaf that Julia decided to further her career and she subsequently earned her Master of Nursing degree from Columbia University in Manhattan. While earning this degree she had worked at Samaritan Hospital in Suffern, N.Y. and for the Orange County Department of Health in Goshen, NY. She subsequently became an instructor of nursing at Dominican College in Rockland County NY as well as the department head of the Home Health Care Unit at Good Samaritan Hospital in Suffern, N.Y. After retiring from Good Samaritan Hospital, she became a volunteer at Arden Hill Hospital in Goshen , NY. Frank passed away in 2002. Julia took this very hard and her grief impacted the rest of her life. Her son Michael predeceased her in 2007. She is survived by her son Frank Galdun and his wife, Laurie of Lake Hiawatha, N.J., David Galdun and his wife Deborah of Colonie, N.Y. and John Galdun and his wife Julie of Middletown, N.Y. She is also survived by her grandchildren: Catherine, Patrick, Thomas, Geoffrey, Jaclyn, Janine and John.
Services for Julia Galdun
There are no events scheduled. You can still show your support by planting a tree in memory of Julia Galdun.
Visit the Tribute Store

Share Your Memory of
Julia
Upload Your Memory View All Memories
Be the first to upload a memory!
Share A Memory
Plant a Tree