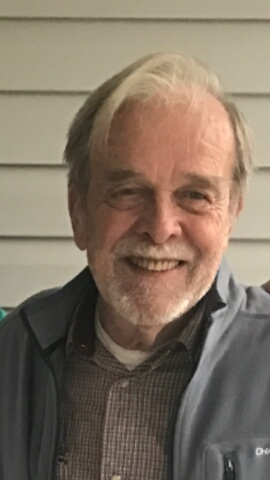 Donald C. Maney, a life-long resident of Goshen, died at home surrounded by his family on May 16, 2020 at the age of 83. Don was born in Goshen on November 4, 1936. He is the son of the late Clarence P. and Laura (Hornung) Maney. He was a veteran of the United States Army. Don was a retired science teacher from North Junior High in Newburgh New York, but anyone who knew him knows his true love was horses. He was a genuine cowboy with a strong work ethic who loved, raised, bought, and sold horses his entire life. He owned a Saddle shop in Goshen for over 50 years. He is survived by Karen Juckas who he was in a loving relationship with for the past 42 years. Don was a devoted family man, father, grandfather, brother, uncle and friend. He is survived by his daughters, Robbielynn Maney and Lori Maney Lentini, his grandchildren Brian Stevens, Matt Stevens, Nicole Lentini, and James Lentini. He is also survived by his brother, Robert Maney and his estranged wife Carol Ann (Whitby) Maney. Don was blessed with a large extended family whom he loved including, Lance Juckas, Pam Juckas, Shanga Meono Juckas, Andrea Juckas, Onon Otgonbayer, Eric Lynds, Jean Buckley, his goddaughters Shari Jenkins Roosa, Becki Maney and Colleen Kelly, and his nieces, nephews and cousins. The true measure of a man is shown through his life's journey, in the lives he has enriched and the kindness he has given along the way. Whether you called him Dad, Da, Grandpa, Grandpa Don, Uncle Don, or just Don, as a friend or relative he could be relied upon to step up or step in to help and support you in way he could. Our lives will never be the same without him, but we are comforted by embracing the love and support he so generously gave to us every day of his life. Don was one of a kind. A legend in his own right to many of us. He was a great man, mentor, teacher, businessman, and gentleman who lived his life in the service of others. Until we get to heaven and hear his distinct strong voice and laugh again, we are sure heaven is keeping him busy with an unlimited supply of books, red wine and horses. A Celebration of Life Party will be announced and held later in the summer when social distancing regulations allow gatherings. In honor of Don's memory the family asks that donations be made to Hospice of Orange and Sullivan Counties.
Services for Donald Maney
There are no events scheduled. You can still show your support by planting a tree in memory of Donald Maney.
Visit the Tribute Store

Share Your Memory of
Donald
Upload Your Memory View All Memories
Be the first to upload a memory!
Share A Memory
Plant a Tree