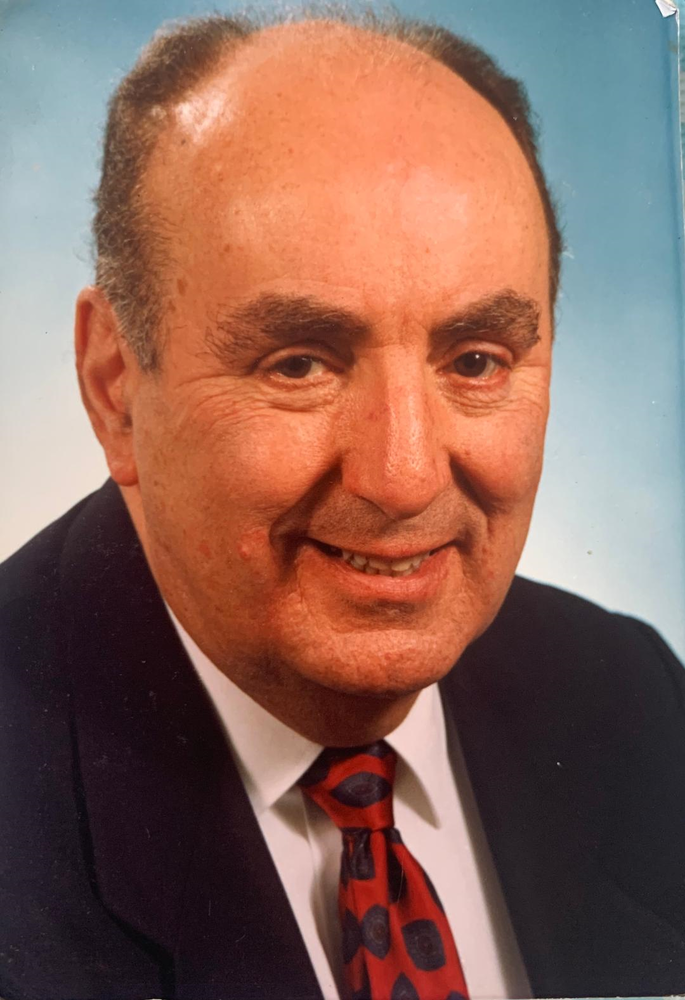 Peter "Pete" J. Masella October 7th, 1929 - May 28th, 2020 Peter J. Masella of Chester, NY, aged 90 years, died peacefully at home on May 28th, 2020, after a short noncommunicable illness, surrounded by his family. Born in the Bronx, NY, on October 7th, 1929, to Dominic J. and Antoinette H. (DeSalvo) Masella, he attended Regis High School, College of the Holy Cross and Fordham University School of Law. Attending Holy Cross under the R.O.T.C., he served in the U.S. Navy during the Korean War aboard the USS McIntyre (APA-129) and the USS Robinson (DD-562). He remained lifelong friends with members of the crew of the Robbie. The majority of Peter's work career was spent with Allstate Insurance. Starting in their claims department, he retired as Chief Counsel for upstate New York. He served as Chester Town Justice for 28 years and prior to that served on the Town's Planning Board. During his lifetime, he volunteered for and contributed to various organizations. He was a volunteer counsel to the NYPD PBA as well as an umpire for the Washingtonville Little League in the 1960's. He was also treasurer for the Chester Boy Scouts for over 30 years. Mr. Masella was a parishioner of St. Columba Church in Chester, NY. He was an usher, a past member of the parish council and a bingo caller. Pete was a dedicated follower of his New York teams - the Mets, Giants, Rangers and Knicks. He would correctly call each play before it happened. He was a vigilant watcher of politics both local and national, never hesitating to share his views and opinions to the chagrin of his grandchildren. He considered telling jokes a dying artform and did his best to keep it going. His sense of humor was one of his greatest attributes, and he made his family and friends laugh on a daily basis. Predeceased by his wife of 25 years, Phyllis T. (Lyons) Masella, in 1988 his family was blessed by his marriage to Marguerite Fitzpatrick. They formed a family of ten children - nine boys and one girl. Peter Masella is survived by his beloved wife, Marguerite E. (Fitzpatrick) Masella; his sister Virginia Masella Cox of New Windsor, NY, and her children Kerri Sullivan and Matthew Cox. He further leaves his children Philomena Kaczor, Dominic Masella, Christopher Masella and his wife Norine (Foster), David Masella and his wife Rachel (Whitham), William Lawlor and his wife LouAnn, Mark Lawlor, Matthew Lawlor and his wife Melissa, Todd Lawlor, and Adam Lawlor and his wife, Linda. His grandchildren are Jeremy Garrett; Megan (Lawlor) Chambers; Lindsey Lawlor; Meghan Oretsky; Catherine Kaczor; Lewis and Brian Masella; Mark, Michael and Timothy Lawlor; A.J. and Matthew Lawlor; Jake, Garrett, and Shane Lawlor; and Regan and Piper Masella. His great-grandchildren are Madison Garrett, James Zolko, and Peyton and Ryan Chambers. He is also survived by many cousins, nieces, nephews, and friends he admired and loved. Mr. Masella was predeceased by his parents, Dominic and Antoinette Masella; his wife, Phyllis Masella; his son, Peter J. Masella, Jr., his grandson, Christopher M. Garrett; his law partner and best man, Frank Rich, his uncle and close friend, Charlie DeSalvo, and the New York (baseball) Giants. Due to current health restrictions, a service was held at Donovan Funeral Home in Goshen, NY on May 30th, 2020. He was laid to rest at St. Columba Cemetery in Chester, NY. A memorial service will be held at a later date. The family expresses deep gratitude to Hospice of Orange County and all of Peter's caregivers, especially his primary RN, Alison. In lieu of flowers, the family asks that donations be made to Hospice of Orange County. .

Share Your Memory of
Peter
Upload Your Memory View All Memories
Be the first to upload a memory!
Share A Memory
Send Flowers