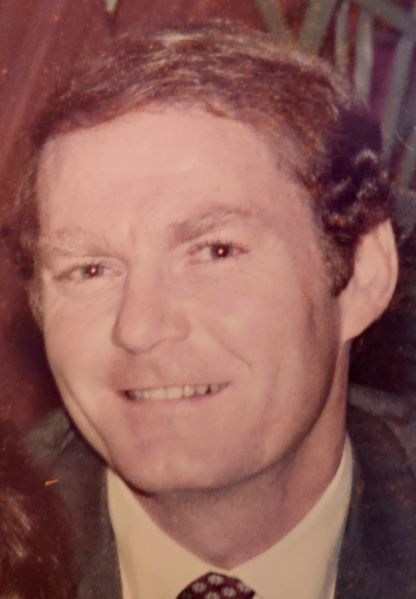 Eugene Michael Kangley, DDS January 23,1942-May 26,2020 Fort Lauderdale, Florida Eugene Michael Kangley, loving father, grandfather, brother, uncle and friend, died unexpectedly, on Tuesday, May 26, 2020 at Holy cross Hospital, Ft. Lauderdale, FL. The son of the late Gerard and Catherine Clerkin Kangley, he was born January 23, 1942, in Middletown, NY. The family later moved to Goshen, where he was raised with his three sisters, Mary, Sheila and Pat. Gene was a graduate of Goshen High School, where he exceled in many sports. He loved boxing and soon became a contender in "The Golden Gloves" competitions. He received his BS in Physical Education from Springfield College and earned his Doctorate of Dental Surgery from Fairleigh Dickinson University. Dr. Gene Kangley opened his private practice in General Dentistry, in Pompano Beach, FL, where he practiced for over thirty years. He took great pride in his profession and became a highly skilled practitioner who was loved and respected by colleagues and patients alike. With his passion for dentistry and his larger than life personality, his practice not only grew, but thrived. It was truly his life's work. He was a devoted supporter of "The Boys and Girls Clubs of America" and their mission to help all young people, especially those in need, to reach their full potential. He attended many of their events and fundraisers, throughout the years. Gene was proud of his Irish heritage and one of his great joys was visiting his many relatives in Ireland. He always returned home with lots of heartfelt stories about his time spent with friends and relations on the Emerald Isle! No matter where Gene was, he was known for his sense of humor and unabashed love of life and family. His daughter, Nicole, his granddaughter, Sydney and grandsons Ryley, Quinn, Keaton, Cooper and Sheamus meant the world to him. The happiest moments in his life were spent with them all, at his beloved summer home in Siasconset, on Nantucket Island. Every summer, for many years, they enjoyed a multitude of various, fun filled adventures! Over these magical summer days, they created now treasured and cherished memories that will live on in each of their hearts, forever. His loss will leave a great void in our family and he will be deeply missed by all whose lives he touched. He is survived by his daughter, Nicole Kangley, of Woodcliff Lake, NJ, granddaughter, Sydney Schlicher, grandsons; Ryley, Quinn, Keaton, Cooper and Sheamus Schlicher, sister Pat Strong of Goshen and many nieces, nephews, grandnieces and nephew and great grand niece and nephews. He was predeceased by his parents Gerard and Catherine Kangley, His sisters' Mary Kangley and Sheila Klingman, brother in laws' George Strong and James Klingman and niece Sheila Strong Polulak. Due to Covid 19 regulations, funeral services will be held at a later date. Memorial contributions in Gene's name may be made to: Habitat for Humanity, The Boys and Girls Clubs of America or St. Jude's Children's Hospital. Arrangements are under the care of Donovan Funeral Home, Inc. To leave a condolence online please visit www.donovanfunerals.com.
Services for Eugene Kangley
There are no events scheduled. You can still show your support by planting a tree in memory of Eugene Kangley.
Visit the Tribute Store

Share Your Memory of
Eugene
Upload Your Memory View All Memories
Be the first to upload a memory!
Share A Memory
Plant a Tree