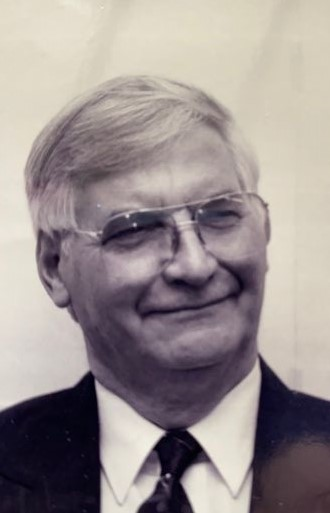 Cornelis "Kees" G. J. de Jong February 26, 1937 – June 5, 2020 Cornelis "Kees" G. J. de Jong of Goshen passed away at home with his family by his side on Friday, June 5, 2020. He was 83. The son of the late Jan and Mina de Jong, he was born on February 26, 1937 in Leiden, Netherlands. Along with his wife Solveig Irene de Jong whom he sailed into Norway to find, Kees came to the United States in 1965 and eventually nestled into Goshen in 1972 and there they raised their family. Here he became an active member of the community and donated countless hours to multiple organizations and causes. He was a Scout Master for the Boy Scouts, a founding member of the Goshen Volunteer Ambulance Core (GOVAC), Goshen Youth League Supervisor, Board member of Inspire (The CP Center), Town of Goshen Planning Board member, and a longtime member of the Middletown Elks Lodge #1097. Here he went through the "chairs" and was proud to eventually be appointed to the position of NYS Vice President. Kees was a building contractor throughout Orange and Rockland counties. There is a good chance he was involved in the construction of your home if it was built in the 70's or 80's. He was the owner of CDJ Construction and was a noted house framer locally. Later he went into Commercial Property Management and built and managed multiple properties in the area. Prior to coming to the United States, he was a Sailor in the Dutch Merchant Marine and then eventually worked in Norway. He was fluent in four languages and could manage his way through at least three more if needed. Our dad was an absolute family man who doted on all. He is already and will certainly be missed by us forever. Survivors include sons Jonny de Jong and his wife Dreslyn of Florida, NY, Gunnar de Jong and his wife Deborah of New Hampton, NY, Glenn de Jong and his wife Lisa of Warwick, NY, daughters Jane de Jong of Middletown, NY and Kim Potter and husband Michael of Woodbridge, VA. His beloved grandchildren Michelle Reiser and husband Edward, Cory and soon to be bride Stephanie, Travis, Amanda, Connor, Ryan, Emily, Sophia, Korinne, Remy, Bryce, and Aubrey, and the icing on the cake great grandchild Elisabeth. He is also survived by his sisters and their families who all reside in the Netherlands, Annabeth van Brero and husband Wiet, Willemien de Jong, and Miejan van Velzen and husband Jan, and many nieces and nephews including, Liesbeth Krikke-Dreef who always kept an eye open for him. He was predeceased by his wife Solveig Irene, parents Jan and Mina and brother Coen. A private ceremony will be held at Donovan Funeral Home from 10 – 11 am on Tuesday June 9, 2020. Kees will be buried at Wallkill Cemetery alongside his wife Solveig Irene thereafter at 11:30 am where anyone is invited to join as long as social distancing is observed. His family expresses deep gratitude to Dr. Dinsmore and staff at Crystal Run, Good Samaritan, & Hospice for their care and compassion. In lieu of flowers, donations can be made to the Anita Salte Scholarship Fund care of the Goshen Volunteer Ambulance Core (GOVAC), PO Box 695 Goshen, NY 10924 would be appreciated. Arrangements are by Donovan Funeral Home, Inc.; 845-294-6422. To leave a personal condolence or message please visit www.donovanfunerals.com
Services for Cornelis de Jong
There are no events scheduled. You can still show your support by planting a tree in memory of Cornelis de Jong.
Visit the Tribute Store

Share Your Memory of
Cornelis
Upload Your Memory View All Memories
Be the first to upload a memory!
Share A Memory
Plant a Tree