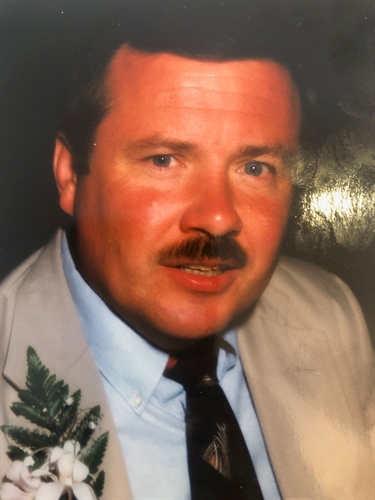 Paul F. Warner, age 78, of New Hampton, passed away suddenly Sunday, November 1, 2020 at home. Paul was born October 24, 1942 in Brooklyn, NY. He is the son of the late William Warner and the late Audrey Donovan. In 1968 he married Dolores Palmer in Brooklyn, NY. In 1972 they moved to Goshen, NY to raise their family. He was employed as a commodities broker and as an account technician at the US Mint, West Point, NY. He proudly served in the U.S. Army from 1964-1966 as a military police officer. Paul was a devoted husband, father and grandfather. He left a lasting impression on everyone he met. He was an avid Giants, Mets and Islanders fan, but one of his greatest joys was watching his grandsons play football for Goshen. Paul recently connected with his brother Bill and sister Kimberly, and quickly a beautiful bond was formed. He loved God, his country and was happiest when surrounded by his family. He is survived by his wife of 51 years Dolores (Palmer) Warner ; his children Denise (Tom) Giordano, Paul ( Jenny) Warner and Kim ( Rob) Otruba ; and his beloved grandchildren Thomas, Joseph, Matthew, Jake, Caroline, Robert and Chloe. Memorial Visitation will be Friday, November 6 from 4:00 to 7:00 PM at Donovan Funeral Home, Inc, 82 South Church Street, Goshen, NY. A Memorial Mass will be held 10:00 am on Saturday, November 7, 2020 at St John's Church, 71 Murray Ave, Goshen, NY. Burial will be held at a later date at the convenience of the family. In lieu of flowers, memorial contributions can be made to St Jude Children's Hospital, 501 St. Jude Place, Memphis, TN 38105-1905. Arrangements under the care of Donovan Funeral Home, Inc. To leave a condolence online please visit www.donovanfunerals.com .
Friday
6
November

Share Your Memory of
Paul
Upload Your Memory View All Memories
Be the first to upload a memory!
Share A Memory
Send Flowers
Plant a Tree