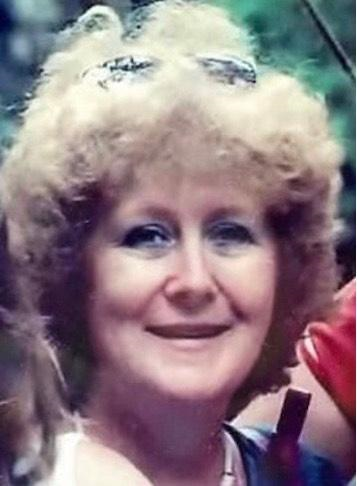 Ethel "Rusty" Audrey Williams (née Meyer) passed away on Friday, December 11th, 2020 at the age of 83 after a short illness at Middletown Park Rehab & Health Care Center. Known to all as Rusty for her fiery red hair, she was born April 17, 1937 in Lynbrook, Long Island, the daughter of the late Frederick and Carolyn Meyer. Rusty spent most of her life in Orange County, graduating Goshen Central High School in 1955. Rusty worked as a switchboard operator, first at Stewart Airfield, then at Orange Regional Medical Center until her retirement in 2014. Rusty enjoyed quilting, spending time with family, taking trips to Vermont, and cruising around town in her purple PT Cruiser. She was one of a kind and left an impression on everyone she met. She is survived by her three loving children, Donald Dodd Jr(Karen), Nancy Shill Fitzgerald (Patrick), and Jodi Pound (Bernie); grandchildren, Amanda Shill, Jaime Bradford (Jeff), and Kodi Dolson; and great-grandson, Patrick Shill-Wiles. In addition to her parents, Rusty was predeceased by her beloved brothers Frederick Jr. and Michael Morris and her ex-husbands, Donald Dodd Sr., James Judway and Charles Williams. Cremation and burial will be at the direction of Donovan Funeral Home. A graveside service and a celebration of Rusty's life will be held in the spring at Hamptonburgh Cemetery. Rusty's family would like to thank the nurses and staff of Middletown Park for their compassionate care.

Share Your Memory of
Ethel
Upload Your Memory View All Memories
Be the first to upload a memory!
Share A Memory
Plant a Tree