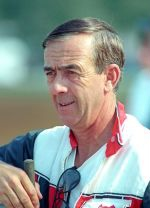 Please share a memory of Bernard to include in a keepsake book for family and friends.
View Tribute Book
Bernard (Ben) F. Webster one of harness racings top drivers and a New York racing legend was born November 8, 1939, in Rochester, NY passed away June 7, 2021. The son of the late Fay (Eleanor) Webster and Elsie Louise Haynes. Benny "The Whip" was inspired at a young age in Hilton NY by his Grandfather Ernest and his father Fay's love of horses and the incredible sport known as harness racing. He won his first race at the Hemlock Fair in upstate NY at the age of 16 and his first pari-mutuel race at Buffalo Raceway in 1957. He raced between Buffalo and Batavia Downs through 1965 when his talented hands caught the attention of owners and trainers at Roosevelt and Yonkers Raceways. He took New York by storm and achieved driving titles at both tracks and earned the title "Master of the Half Mile". 1975 took him to Ohio to win the Little Brown Jug with Seatrain and 1976 was Monticello's OTB Classic win with Oil Burner followed by the Oliver Wendall Holmes opening week at the Meadowlands. 1984 was a big year winning The Hambletonian with Historic Freight and then 1985 winning the Kentucky Futurity with his beloved Flak Bait. He represented the United States in International Racing Competitions and spent years traveling the sire stakes race circuits. Over his career encompassing five decades he was blessed to drive, train, or own greats like Four Leaf, Ferric Hanover, Afella Rainbow, Seahawk Hanover, No Nukes, Even Odds, American Freedom, Tarport Hap andmany more. Long after he retired, he enjoyed working alongside his daughter at the Hambletonian Auto Spa where he welcomed many from the industry or just fans to visit, catch up and walk down memory lane among his memorabilia there. And his two son's following in his footsteps was one of his greatest joys. He was a generous man his entire lifealways wanting to help the little guy having been therehimself. His respect for not only his fellow drivers and trainers went even more so to the grooms that cared deeply and exhaustingly for the animals they were tasked with. His career was his life only second to his family.He loved gardening and was so proud of his Gentlemen's Farm in Franklin Lakes. He always said that he accomplished more and lived more in a few short years than most people can in a lifetime. No regrets ever.He would always be willing to tell you the story of one of his three world champions or his shenanigans along his journey. He is survived by his long-time love and best friend Christine Territo; his son Mark (Cindy) Webster of Gaines, MI; daughter Laureen (Tim) Somers of Goshen, NY; son Daryl (Dorrie) Webster of Walton, NY; his beloved grandchildren Mark (Sarah), Brian (Anna), Katelyn (Josh), and Kyle; his great-grandchild Adrielle; his sister Beverly Hall and nieces Kara, Renee and Nanette of Franklin, TN. His family expresses immense gratitude for the staff at Willow Branch Health and Rehab, TN, where he spent his last few months in the loving care of many wonderful, dedicated caregivers. Visitation and a Celebration of Life will be held Saturday, June 12 from 1:00 PM – 4:00 PM at Donovan Funeral Home, 82 South Church St, Goshen, NY. In lieu of flowers the family requests that memorial donations be made in Ben's name to the Standardbred Retirement Foundation (adoptahorse.org) to provide a little more love in the lives of his beloved retired harness horses.

Share Your Memory of
Bernard
Upload Your Memory View All Memories
Be the first to upload a memory!
Share A Memory