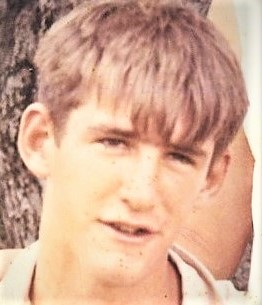 Please share a memory of Richard to include in a keepsake book for family and friends.
View Tribute Book
Richard Michael Dooner, age 69, of Norristown, PA entered into rest Friday, June 18, 2021 at home in Norristown. He had undergone extensive heart surgeryin the Spring. Richard was born March 11,1952 in Bronx, NY. The son of the late Thomas and the late Margaret (Beatty) Dooner, he was predeceased by grandparents Margaret and Michael Beatty,cousin Michael Moffatt,and Aunt Kay Moffatt. Due to tragic circumstances, Rich and his older brother Kevin were placed in foster care at a young age.They were raised with two foster brothers and a sister by their loving foster parents. His foster parents were Lillian Shea Adams and John Francis Adams, both deceased. In thefamily Richard was the mischievous one. He was strong willed and fiercely competitive. In his free time, he enjoyed playing the electric guitar and keyboards. He was in his way very much of a free spirit. He attended St. Joseph Catholic School in Middletown, NY and graduated from John S. Burke Catholic High School in Goshen, NY in 1970. Richardwas proudto enlistin 1973 and serve in the United States Navy. He was Honorably Discharged in 1977. Rich attended sub school doing duty on a submarine as well as working on the USS Cansteo as an electrician. He attended Orange County Community College and Los Angeles Community College. Upon leaving the Navy, Rich traveled, residing in Houston, Texas; Burbank, California; and Norristown, PA. In keeping with his free spirit, Rich enjoyed traveling as a truck driver cross country. He was anavid reader of a variety of literature and enjoyed watching the History Channel. He was also an ardent baseball and football fan, rooting for the Philadelphia Phillies and Eagles. Richis survived by his older brother Kevin Dooner and his wife Mary of St. Augustine, FL, sister Carol Dooner of Bronx, NY, foster brothers Kenneth DeAngelis (Julie), Henry Encarnaciòn (Patricia),and foster sister Renee Keys. He is also survived by his cousins Robbie, Andy, Billy, Eddie, and Christine Moffatt, all originally from "The Bronx." Rest in Peace Rich. We love you. We will miss you. Visitation will be Tuesday, July 6 from 5:00 to 7:00 p.m. at Donovan Funeral Home, Inc, 82 South Church Street, Goshen, NY. The Funeral Service to celebrate his life will be held 10:00 a.m. on Wednesday, July 7,2021 at Donovan Funeral Home, 82 South Church St., Goshen, NY. Burial will follow in Orange County Veterans Memorial Cemetery in Goshen. In lieu of flowers the family requests that memorial donations be made in Richard's name tothe Orange CountyVeteran's Food Pantry. Arrangements under the care of Donovan Funeral Home, Inc. To leave a condolence online please visit www.donovanfunerals.com.
Tuesday
6
July