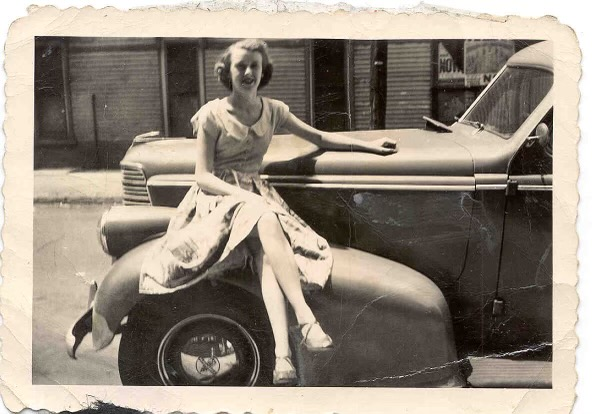 Please share a memory of Bertha to include in a keepsake book for family and friends.
View Tribute Book
Bertha (Betty) Jeanette Goodyear Harris February 18, 1929-August 29, 2021 Family Matriarch Betty Harris passed away peacefully, surrounded by family, on Sunday, August 29, at Middletown Park Rehabilitation and Healthcare in Middletown. She was 92. Born on February 18, 1929, in Greenpoint, Brooklyn, where she grew up with and later married the love of her life, James H. Harris. He predeceased her after 59 years of marriage. She was also predeceased by her son, Charles, her daughter,Julia and her grandson Josh Matta. She is survived by her son, Jimmy Harris, and his wife, Trisha, of Goshen; her daughter, Theo Matta, and her husband, Joe of Goshen; her son, Jason Harris, and his wife, Jeanne, of Circleville, and her daughter-in-law, Karen Harris, of Westbrookville, NY. She is also survived by her grandchildren Colleen Harris of Fort Lee, NJ; Sean Harris and his wife, Chrissy, of Madison, CT; Erica Scott and her husband, Justin, of New Hampton, NY; Becky Candela and her husband, Jack, of Mount Hope, NY; Kyle Harris of Fort Lee, NJ; Casey Lyons of Circleville, NY, Jason Lyons of Tuxedo, NY, Jeremy Lyons of Middletown, NY, and four great-grandchildren. Along with being a devoted mother, she was a customer service representative at Key Bank in Middletown, NY. She was very active in the community. She served as president of the Lenten Sewing Club, and was a longtime volunteer at Arden Hill Hospital and Orange Regional Medical Center. She was the long-time CEO of the "BBC," the Betty Broadcasting Channel, and was a lifelong Dallas Cowboys fan. Visitation will be 2-4 p.m. and 6-8 p.m. Wednesday, September 1, at Donovan Funeral Home in Goshen, NY. Due to the ongoing Covid-19 healthcare crisis Betty's family is requesting that everyone please wear a mask while attending the visitation. A Mass of Christian Burial will be held at 10 a.m. Thursday, September 2 at Our Lady of Mount Carmel Roman Catholic Church in Middletown, NY. She will be buried next to Jim, an Army veteran, in the Veterans Memorial Cemetery, Goshen, NY. In lieu of flowers, donations may be sent to the Alzheimer's Association in Betty's memory. Arrangements under the care of the Donovan Funeral Home, Inc., Goshen. www.donovanfunerals.com
Wednesday
1
September

Share Your Memory of
Bertha
Upload Your Memory View All Memories
Be the first to upload a memory!
Share A Memory
Plant a Tree