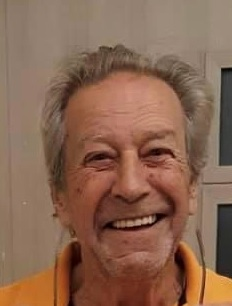 Obituary of Francis A. Triano

Please share a memory of Francis to include in a keepsake book for family and friends.
View Tribute Book
Francis A. Triano 1941-2021 Francis "Frank"Triano AKA "Frankie"and "Uncle Fran," of Bloomingburg, NY passed away on November 13, 2021 at Fishkill Center for Rehabilitation and Nursing with his wife, daughters, and three grandchildren by his side. He was born on November 7, 1941 in Jersey City, New Jersey. Frank was the son of the late Anthony Triano and Edna ReigerTriano. He is pre-deceased by his parents, brothers Robert, Anthony, and Michael Triano, and sisters Mary Krenkowitz and Edna Valitutto. He is survived by his loving wife Laura Panfili Triano, sister Ann Andryshak and brother-in-law Edmund Andryshak, daughters Elisa Miller and Elaine Triano-Kim, son-in-law Bradford Miller, grandchildren Brandon Miller, Torianna Miller, and Ava Kim, and several nieces, nephews, and loving in-laws. Frank proudly served in the US Navy aboard the USS Bonhomme Richard as an aircraft parts specialist and was stationed in California & Hawaii.During his service he traveled to the Philippines, India, and Japan. He met his beautiful wife; Laura in 1968 and six months later were married. A year later they moved to Goshen, NY where they lived for over 40 years. Frank worked hard to support his family as a union tractor trailer driver with St. Johnsbury Trucking, and later with Yellow Freight and ABF trucking. He enjoyed joking around with his co-workers over his CB radio and developed life-long friendships with many of them over the years enjoying weekend barbeques and softball games with their families. He loved and cherished his family and close friends dearly, and would light up when with them. He will be remembered for his amazing sense of humor, smile, contagious laughter, and of course his skills on the dance floor! Frank loved playing and watching sports; especially golf. He even joined a senior softball league 3 years ago and hit a homerun at age 77! He enjoyed family & friend gatherings, cars, history, the military channel, animals, a good movie, and of course his "scratcher" lotto tickets. Recently he spent time with his best friend Robert "Smitty" Smith visiting the casino. They always had a great time over the years reminiscing and sharing so many laughs. A celebration of his life will be held at Donovan's Funeral Home 82 South Church St., Goshen, New York on Saturday, November 20, 2021 from 2pm-4pm, with the Service beginning at 3pm. In lieu of flowers, please donate in his memory to FDNY343ride.com. 100% of the proceeds will go to veterans.
Tuesday
16
November

Share Your Memory of
Francis
Upload Your Memory View All Memories
Be the first to upload a memory!
Share A Memory
Send Flowers
Plant a Tree