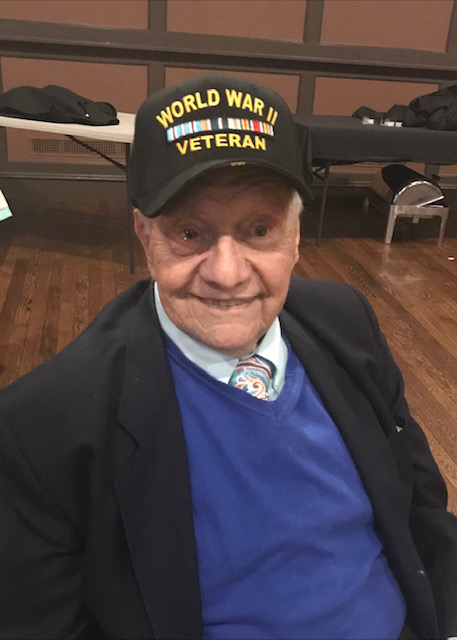 Please share a memory of Louis to include in a keepsake book for family and friends.
View Tribute Book
Louis J. Covello of Goshen, NY, was a caring husband, father, grandfather, great-grandfather and friend. He left this world to go home to heaven on November 29, just shy of his 102nd birthday. He was born in 1919 and was first-generation Italian American. He was a World War II Army veteran stationed in Okinawa and earned multiple medals and awards. He married Louise, the love of his life, on December 7, 1941, the day Pearl Harbor was bombed. He was involved in the Knights of Columbus, VFW and American Legion. Lou had a passionate love for dancing, black licorice and The New York Times crossword puzzles. Growing up in the Bronx, he loved the Yankees and he saw all the greats play, including Lou Gehrig, Jackie Robinson and Babe Ruth. He is survived by three daughters, JoAnn Maraglino, Barbara Collorec and Victoria LaScala, who inherited his charm; six grandchildren, Barbara-Ann Maraglino Murphy, Joseph Maraglino, Lisa Maraglino Martino, Michele Collorec Dellaventura, Diane Collorec Toomey, Joanne Collorec Baker, Corinne LaScala Shotwell and Marisa LaScala; and twelve great-grandchildren, Patrick, Daniel, Mackenzie, Amanda, Jaclyn, Annalise, Kyle, Madison, Matthew, Michael, Isabella and Eloise. Visitation will be at Donovan Funeral Home on Thursday, December 2 in Goshen, NY, followed by a Mass at St. John The Evangelist RC Church on Friday, December 3 at 10 a.m. His final resting place will be the Orange County Veterans Memorial Cemetery
Thursday
2
December

Share Your Memory of
Louis
Upload Your Memory View All Memories
Be the first to upload a memory!
Share A Memory
Send Flowers
Plant a Tree