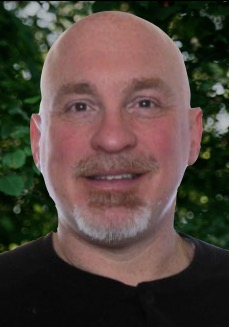 Please share a memory of Edward to include in a keepsake book for family and friends.
View Tribute Book
EDWARD (Eddie) JAMES WILSON SR of Goshen, New York, was born December 7, 1963 and raised in the Bronx. Eddie passed after a long battle with Alzheimer's on December 26, 2021. He was a decorated member of the NYPD. As a police officer Eddie served the 42 Pct, and K9 Handler in the Central Park Pct along with the 34 Pct. Upon becoming a sergeant he was Patrol Supervisor in the 28 Pct and a Command Center Supervisor in Internal Affairs. As a Lieutenant, he was a 50 Pct Platoon Commander and the Commanding Officer of a Manhattan North Narcotics module. He was a First Responder on September 11, 2001. From 2005 to 2012, Eddie served as a K9 Explosives Detection Dog handler at the New York Stock Exchange/Wall Street and the Staten Island Ferry Terminal. Eddie was a loving husband, father, brother, a faithful friend, a practical joker, a coiner of catchphrases and a Chiminea Master. He loved animals, particularly dogs, and was involved with a dog rescue. He was an active community member coaching youth league football and youth soccer. Eddie was one of a kind and taken from us all too soon. He will be missed more than words can express by his family, friends and colleagues. Eddie was predeceased by his parents, John Francis and Elizabeth (Pieper) along with his aunt, Pauline Daniels. He is survived by his wife of 30 years, Elisa, sons Edward James Jr. and John Vincent, brothers John Harold and Vincent Joseph, and nephew John Holmberg. A Memorial Mass and Celebration of Eddie's life will be held on Friday, April 1, 2022 at 10:15am at St. John the Evangelist RC Church, 71 Murray Avenue, Goshen, NY. In lieu of flowers, donations can be made to the NYCPBA Widows and Children's Fund: https://www.nycpba.org/community/widows-and-childrens-fund/

Share Your Memory of
Edward
Upload Your Memory View All Memories
Be the first to upload a memory!
Share A Memory