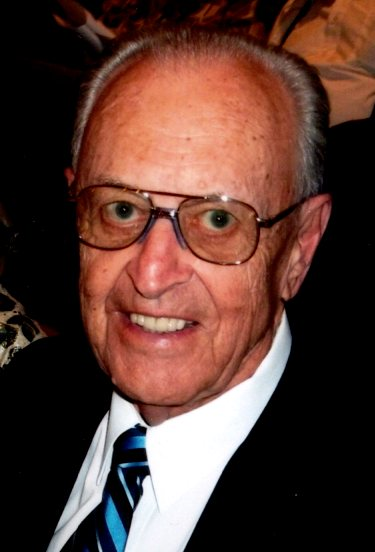 Please share a memory of Leon to include in a keepsake book for family and friends.
View Tribute Book
Leon J. Piasecki passed away at the age of 91 at Glen Arden Health Care Center, Goshen, NY on Saturday, February 19, 2022. He was born on October 1, 1930 in Montclair, NJ. He was the son of Stanley and Martha Bierstine Piasecki. Leon was raised on a family farm in Pine Island, NY. He attended Warwick School and enjoyed playing football, volleyball and discus. At age 19 in 1951 he joined the Army during the Korean War. He was stationed in Japan until his discharge in 1953. After service he worked with his father in the Pine Island General Store. Here is where he met his future wife, Dolores "Dolly" Morgiewicz. They were married at St. Stanislaus Church on November 20, 1954 by her uncle Msgr. John Felczak. They shared 67 wonderful years together. Leon operated the Frosty Delite at Bradley Corners in Middletown for 18 years. Following that, he purchased the Walden Frostee Freeze which he also operated for 18 years until his retirement. He loved the business and all his customers. After retirement Leon and Dolores spent 20 winters at their condo in the Stoneybrook Golf and Country Club in Sarasota, FL and enjoyed every minute of it. They also loved traveling with the Goshen Seniors under the leadership of Glaydys and Ron Bally. They will never forget the happy memories made during those trips. Leon was a sixty plus year member of St John's Church in Goshen, NY. He also belonged to the Catholic War Veterans, the Pine Island Polish Legion of American Veterans and the Goshen Seniors Club. Leon is survived by his wife Dolly; son Leon Piasecki Jr. and his wife MaryAnn of Harvard, MA , granddaughter Alison of Boulder CO; son James Piasecki of Sarasota, FL; sisters, Phyllis Lowenstein and husband Richard and Jane Barczak and husband John; sister in laws, Mary Piasecki and Sophia Morgiewicz. As well as many nieces and nephews. He was predeceased by his parents, his brother; Edwin Piasecki, Brother-in-laws; Capt and Mrs. Daniel Morgiewicz, Floyd, Jeanne and Evelyn Morley, Vincent Morgiewicz, Conrad and Barbara Morgiewicz and sister-in-law; Isabel and Stanley Dudlo. He was also predeceased by his nieces; Mary Ann Matulis and Susan Giza. Leon's wife and family would like to thank all of the Glen Arden Health Care Center nurses and aids, especially Kathy, for their kindness, patience, comfort and love shown to Leon. Visitation will be Friday, February 25 from 4:00 to 7:00 PM at Donovan Funeral Home, Inc, 82 South Church Street, Goshen, NY. A Mass of Christian burial to Celebrate his life will be held 9:00 am on Saturday, February 26, 2022 at St. John The Evangelist RC Church, 71 Murray Ave., Goshen, NY. Burial will follow in St John's Cemetery, Goshen. In lieu of flowers Leon's family is requesting that memorial donations be made in Leon's name to the Alzheimer's Association, www.alz.org/donate Arrangements under the care of Donovan Funeral Home, Inc. To leave a condolence online please visit www.donovanfunerals.com.

Share Your Memory of
Leon
Upload Your Memory View All Memories
Be the first to upload a memory!
Share A Memory