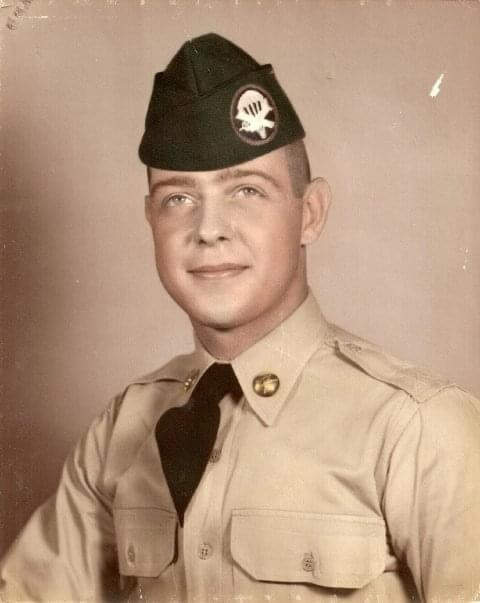 Please share a memory of Robert to include in a keepsake book for family and friends.
View Tribute Book
Robert J. Sanok, 83, of Goshen entered into eternal rest on Sunday, March 6, 2022. Robert was born January 14, 1939, in Goshen, NY, the son of late Edmund W. Sanok and Jennie B. (Kowalski) Sanok. Robertor Bobby as he was called by so many, was raised as a farmer on his families produce farm, growing onions and other vegetables in the black dirt fields of his hometown. He served in the US Army as a paratrooper out of Fort Bragg NC from 1958 to 1960.He was employed by the Ford Motor Co. working in both the Mahwah and Edison, NJ plants and retired after 35 yearsas a Journeyman.He was a volunteer at Arden Hill Hospital in Goshen, NY for over 10 years and received the President's Volunteer Service Award for his dedication.He cared deeply for his family, and they were the most important part of his life. He enjoyed bowling on the leagues with his family, deer hunting with his bow, walking in the woods, listening to country music, mowing his lawnandwould never turn down a piece of apple pie with vanilla ice cream. He loved to tell stories about the experiences in his life and what they meant to him. He always had a loving smile and a sweet kindness that left an impression on all those he met. He is survived by his children, David Sanok of Middletown, NY, Christine Thorn and her husband James of Bloomingburg, NY, Elizabeth Skrobanski of Goshen, NY, and Timothy Sanok of Charlottesville, VA; brothers (his twin)Edmund Sanok, and wife Barbara of Goshen, NY,Ronald Sanok and his wife Judy of Ft. Meyers, FL, and; sisters, Jane Richards of Mystic, CT and Theresa DiRusso and her husband Tom of Middletown, NY; a brother-in-law, Glenn McCaslin and his wife Margie of Highlands Ranch, CO, sister-in-laws, Mary Sanok of Goshen, NY, Jeanne Whitney of Tavares, FL and Christine McCaslin of West Springfield, MA; grandchildren, Joshua Sanok, Melissa and Wesley Thorn, Carlo Bologna, Matthew Skrobanski Jr, Emily, Gabriel and Isabelle Sanok. He also had one great grandson Kameron Redner.He was predeceased by the love of his life, his wife Joan G Sanok, her parents Robert andForrist McCaslin, brother, Richard Sanok and brother-in-laws, Tom Richards, Duane Whitney, and Richard McCaslin. He also had many cousins, nieces, and nephews. Visitation will be Thursday, March 10 from 2-4 & 6-8 PM at Donovan Funeral Home, Inc, 82 South Church Street, Goshen, NY. A Mass of Christian burial to Celebrate his life will be held 10:00 am on Friday, March 11, 2022 at St. John The Evangelist R.C. Church, 71 Murray Ave, Goshen, NY. Burial will follow in St. John's Cemetery, Goshen, NY. In lieu of flowers donations may be made in memory of Robert to the Gary Sinise Foundation. Arrangements under the care of the Donovan Funeral Home, Inc., Goshen. To leave a condolence visit www.donovanfunerals.com

Share Your Memory of
Robert
Upload Your Memory View All Memories
Be the first to upload a memory!
Share A Memory