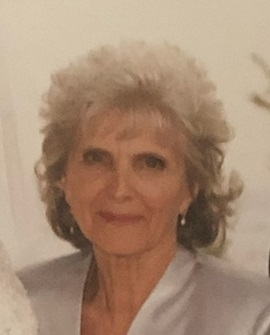 Hildegard Ciruzzi age 95 of Goshen entered into rest Sunday, March 6, 2022 peacefully at home. Hildegard was born September 25, 1926 in Darmstadt, Germany. She was the daughter of Wilhelm Lang and Johanna Hedwig Eimler. Hildegard was a kindergarten teacher in Darmstadt, Germany. At the end of WW11 she met Frank Ciruzzi Jr. They married July 7, 1951 in Gross-Gerau, Germany. They were married for 69 years. Right after they married she came to Yonkers, New York and she became an American Citizen soon after. She taught herself how read and write English. Married to an American Soldier she had to pick up and move her family every 3 years. The years her husband was away serving his country she stayed behind in Yonkers raising their 3 children. Hildegard was a loving mother to her children and a loving Oma and Great Oma. She always put their needs first. She will be greatly missed. Hildegard is predeceased by her husband Frank Ciruzzi Jr., her son Frank and her daughter-in-law Carol Ciruzzi. She is survived by her daughter Angela Ciruzzi of Goshen, her son Jeffrey and his wife Lourdes Ciruzzi of Goshen. Her grandchildren, Teigh Nowicki (Ellen), Aleia (Nowicki)Rodriguez, (Belmy), Samuel Matos, Sharon Ciruzzi, Jeffrey Ciruzzi Jr., Brandon Ciruzzi and greatgrandchildren; Breia Rodriguez, Kyleigh Nowicki, Ezrah Rodriguez, and Penelope Nowicki. Visitation will be Wednesday, March 9 from 6 to 8 PM and Thursday, March 10 from 10:00 AM to 12:00 PM at Donovan Funeral Home, Inc, 82 South Church Street, Goshen, NY. The Funeral Service to Celebrate her life will be held 12:00 pm on Thursday, March 10, 2022 in the Funeral Home. Burial will follow in the Orange County Veteran's Memorial Cemetery, Goshen. Arrangements under the care of the Donovan Funeral Home, Inc., Goshen. To leave a condolence visit www.donovanfunerals.com

Share Your Memory of
Hildegard
Upload Your Memory View All Memories
Be the first to upload a memory!
Share A Memory