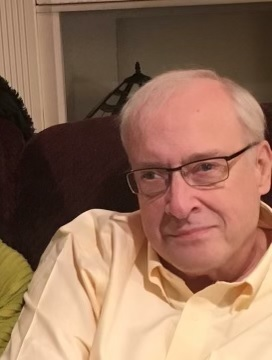 Please share a memory of Walter to include in a keepsake book for family and friends.
View Tribute Book
Former Record Editor Walter "Jeff" Storey Dies at 73 Walter "Jeff" Storey, a local journalist and lawyer who ran the newsrooms of both the Times Herald-Record and the New York Law Journal, died of cancer at his home in Goshen, N.Y., on Friday. He was 73. Storey came to the Record as a reporter in 1976. He went on to have multiple jobs at the newspaper, including Albany bureau chief, editorial page editor, managing editor, and finally, acting executive editor. Storey had a scrupulous integrity and a relentless commitment to covering his community fully and fairly. He mentored many beginning journalists over his career, and made the experienced ones better. Under his tutelage, reporters regularly produced award-winning work. A former colleague at The Record, Peter Thompson, told the family that Storey instilled in him "a desire to get it right, to ask the right questions, to nail down the details and to write the story in an understandable way for the paper's readers, not for the politicians or our sources." "Covering an issue with Jeff Storey as your editor always carried the unspoken reminder that he would settle for nothing short of the best," Thompson said. As local newspapers faced decline, Storey was forced to rethink a career he had always loved. At 50, he graduated from Cardozo Law School and then worked as an assistant district attorney in Manhattan under Robert Morgenthau for four years. Storey returned to his first passion in 2006, when he became executive editor of the New York Law Journal. In 2018, he retired from the Law Journal but kept chasing the story, continuing to write and edit for local publications through this year. Storey grew up in Uniontown, Pa, the oldest of six children to Polly and Walter "Buzz" Storey, both local historians. Buzz, a newspaperman himself for six decades, was the author of two books on Uniontown history. Their son, Jeff Storey, also had a lifelong passion for history and biographies – and cats. He and his wife, Barbara Strauss, a local attorney, loved to travel together and over the years visited Burma, Russia, India, and Alaska. For 20 years, they vacationed at a beloved lakeside resort, Quisisana, in Maine. A favorite pastime was diving into some enormous tome on the Civil War. Storey was the valedictorian of his high school and graduated Phi Beta Kappa from the foreign service school at Georgetown University. He had a master's degree in journalism from Penn State. In addition to his wife, Storey is survived by his step-daughters, Hanna Ingber, also a journalist, and her children, Isaac and Aarav Yerasi; and Rebecca Ingber and her husband, Anton Metlitsky, and their children, Alma and Tess Metlitsky. He is also survived by his siblings: Beth Evancheck and her husband Ron, Jeanne Baugh and her partner Jim Gallo, Phil Storey and his wife Sabine Ocker, and Ted Storey and his wife Cheryl, and beloved nieces and nephews. He is predeceased by his parents and his brother Jerry Storey. The family requests in lieu of flowers that donations be made in Storey's memory to the ACLU, where he was a member for more than 40 years, or the Goshen Humane Society. A funeral service will be held at 10:30 a.m. Sunday at Donovan's Funeral Home in Goshen, N.Y. Burial will follow at the Temple Beth Shalom cemetery in Florida, N.Y. The family will be sitting shivah at home, 51 Old Miniskink Trail, Goshen, NY on Monday and Tuesday, and in Hanna's home in South Orange, NJ on Wednesday. Arrangements under the care of Donovan Funeral Home, Inc. To leave a condolence online please visit www.donovanfunerals.com.

Share Your Memory of
Walter
Upload Your Memory View All Memories
Be the first to upload a memory!
Share A Memory