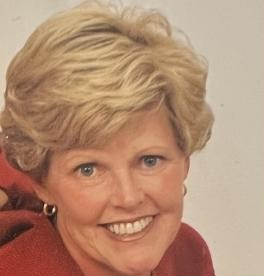 Please share a memory of Danielle to include in a keepsake book for family and friends.
View Tribute Book
Danielle M. Kolbe 6.18.45-8.12.22 Danni Kolbe, beloved mother, nanni, aunt and friend to many passed away peacefully on August 12th after a courageous battle and long illness. She was 77. The daughter of the late Ernest D. Vail Jr .and Arlene Rappleyea Schuman, she was born in Middletown, New York before relocating to Boca Raton, Florida. She graduated from Seacrest High School in Delray Beach, Florida and Mary Mount College, Boca Raton. In the years that followed, Danni would return to Middletown frequently to visit family. In 1968, it was on one of those trips that she was introduced by her father, Ernie, to the first love of her life, the late Jerome Barberio, when they visited Club 84 for dinner which he owned and operated. Only a few months later, Danni returned to Middletown permanently as Mrs. Jerome Barberio. Their time together was way too short. She cared tirelessly for him until his passing from Cancer in 1978. In the years that followed, Danni would meet the 2nd love of her life, the late Dr. George Kolbe. They spent 37 wonderful years together traveling, playing tennis, golf, and enjoying their friends and beloved family. Danni spent her years caring for her family and assisting both Jerry and George in their businesses. For a short time, she worked as an aide in special education at Valley Central School and spent many years assisting in the Business Office of Minisink Valley. She was a volunteer at Horton Hospital and The American Cancer Society. Always a lady, she put her heart into her family and was always ready to help others. She was courageous and selfless. She will be deeply missed but always remembered for her vivaciousness and kind,loving and giving heart. She is predeceased by her husbands, Jerry Barberio and George Kolbe, her parents Arlene Rappleyea Schuman and Ernest Vail Jr., brothers Steve Vail and Greg Vail, and nephew Fred Futia. She is survived by her daughters, Dina Barberio and Lindsey Kubera (Michael.)Step Sons George Kolbe(Katie), and Harry Kolbe ( Alex). Brothers Skip Vail( Tedi) and Mark Vail ( Jane), Sister -in Law, Theresa Futia, Brother-in- laws, Bruce Kolbe (Jayne) and Harry Kolbe. Nephews, Jerry Futia, Keith Vail, and Tom Kolbe, nieces Elizabeth Reardon, Barbara Vail, Jessica Pytko, and Rachel Semhoun. Her grandchildren Alexis, Skyler, Jack, Henry, Sasha, Sophie, Nate, Ryan, and Harper brought her endless joy. Visitation will be held on Thursday, August 18th, 2022 from 4:00pm-7:00pm at Donovan Funeral Home 82 S Church Street, Goshen, NY 10924. Funeral mass will be held at St. Joseph's Catholic Church, 149 Cottage Street, Middletown, NY at 11:00am on Friday August 19th. Burial will follow at St. Joseph Cemetery. Danni's family would like to thank Dr. Alexander Fruchter, the nurses and doctors in the ER and 5th floor of Garnet Health Medical Center, and the nurses and aids at Kaplan Family Hospice for the care she received. Loving heartfelt thanks to Cathy Danzeisen and all of her aids that gave Danni such loving care over the past years. In lieu of flowers the family requests donations be made in Danni's memory to https://hospiceoforange.com/,the Kaplan Family Hospice Residence, Newburgh, New York.

Share Your Memory of
Danielle
Upload Your Memory View All Memories
Be the first to upload a memory!
Share A Memory