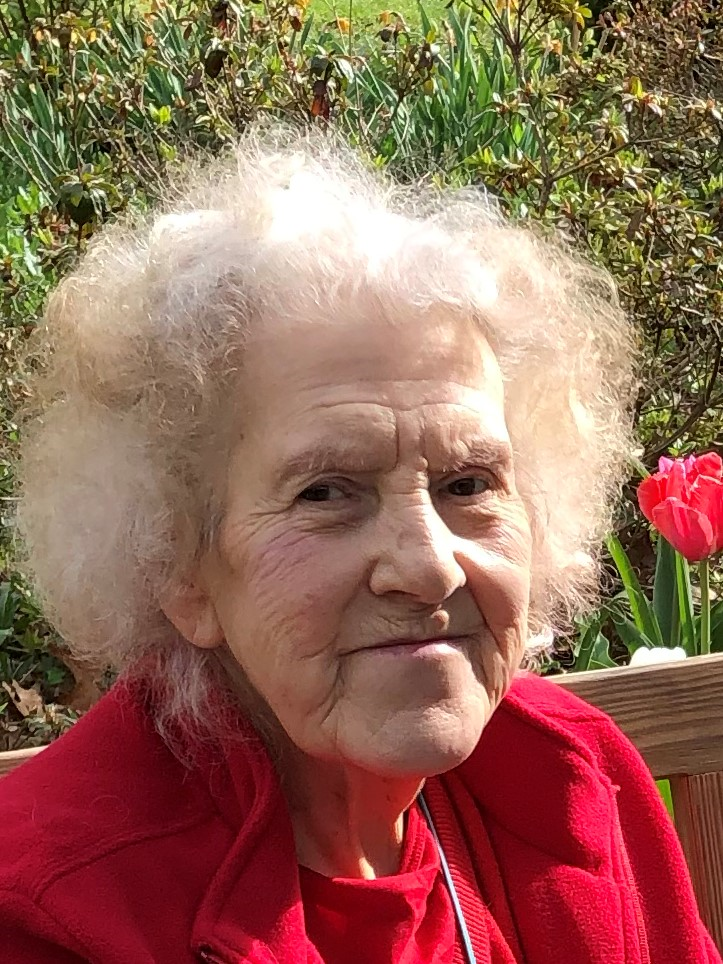 Please share a memory of Wanda to include in a keepsake book for family and friends.
View Tribute Book
Wanda Lazier White Wanda Lazier White, 94, of Middletown, New York passed away August 21, 2022, at Garnet Medical Center. Wanda was born in Warwick, NY to Ethel Phillips and Edsall Lazier On Mother's Day, May 13, 1928. She spent her youth in Newburgh, NY and then moved to Goshen, NY, where she met her future husband, Edward White. Wanda and Edward moved to Meridale, NY where they were married on June 7, 1946. They welcomed their first child Gerald Edward White on March 6, 1948. They eventually moved back to Goshen, NY where they welcomed daughters: Holly Lea and Rosalie Ellen. Wanda was widowed at the age of 28, leaving her with an 8-year-old, a toddler and 6-month-old baby to raise. To care for her family, Wanda did housekeeping and took in laundry until she washired at the old Goshen Hospital as a nurse's aide. She enjoyed working at the hospital and continued her career at Arden Hill Hospital after the old Goshen Hospital closed. Wanda would go on to work at Arden Hill for over 30 years, retiring in 1994. In retirement Wanda loved spending time with her children, grandchildren and great grandchildren. Wanda and her sister Lorraine Lazier loved to go to the library, shopping and out to eat. They vacationed together in Maine and visited their sister Jackie and brother-in-law Tony Voulo down in Florida. Wanda became a Catholic at the age of 91 at Saint John the Evangelist Church in Goshen, NY. Wanda was the oldest convert in the Church's history.She formed a close spiritual relationship with Father Anthony Giacona. Father Anthony came to pray with Wanda during the last hours of her life. Wanda leaves behind to cherish her memories: daughters –Holly Bedford (Robert) and Rosalie Riker, grandchildren – Gerald Bedford (Elizabeth), Neal Bedford, Heather Bedford, Sara Gersbeck (Joseph); great granddaughters –Amidie and Alanah Bedford: nephews –Anthony Voulo, Jr (Karen), David Voulo (Linda) and James Voulo. Wanda was predeceased by her husband Edward White, their beloved son Gerald E. White, sisters – E. Jacqueline Voulo and L. Lorraine Lazier, brother-in-law Anthony Voulo Sr., parents – Ethel Phillips, Edsall Lazier and stepfather Albert Phillips. A Catholic Mass will be held at Saint John the Evangelist Church at 10:00am this Saturday August 27th. Burial at the Slate Hill Cemetery in Goshen, NY to follow. In lieu of flowers, donations can be made to the Middletown Humane Society at 142 Bloomingburg Road, Middletown, NY 10940 The family of Wanda White wants tothank the wonderful nursing staff and aidesof 5 West, Garnet Hospital for their compassionate and respectfulcare of our beloved mother.

Share Your Memory of
Wanda
Upload Your Memory View All Memories
Be the first to upload a memory!
Share A Memory