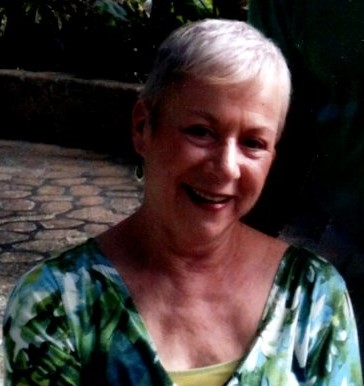 Please share a memory of Donna to include in a keepsake book for family and friends.
View Tribute Book

Donna Rysinger Weiss passed away peacefully at home on Thanksgiving Day, November 24th. She was born in 1947 in Goshen, New York to parents Mary Dunn and J. Harold "Buck" Rysinger (of local R&R Taxi fame) and spent most of her life there before relocating to Long Beach Island, NJ about two years ago.

Donna was a life-long communicant of St. John the Evangelist parish in Goshen. She was actively involved in parish life in many capacities over the years, including as a lay trustee and member of the parish council, member of the parent-teacher association and co-manager of annual Cardinal's Appeal and other fund-raising campaigns.

From beginnings as a beloved and even "spoiled" preemie daughter, Donna matured remarkably young into a principled and unselfish woman. In 1963 she was elected President of the Catholic Youth Organization of the Archdiocese of NY. Later that year she was elected to a 2-year term as National Vice President of the CYO. In those capacities she traveled and spoke to peers throughout the archdiocese and around the United States during the tumultuous time of the 1960s. (Hence her license plate, CYO-1.)In 1964 Donna was chosen as one of five finalists for national Catholic youth of the year. Her confidence and contentment in His plan for her was unshakeable in all phases of her life as a daughter, wife, mother and grandmother.

Donna was married to George Weiss in 1967 and the two spent 55 wonderful years in complete love and partnership as husband and wife. They were blessed with five children and managed the ordinary and extraordinary as a united front. Following the loss of Donna's mother, she and George welcomed her father to live with them. Their home saw many gatherings of extended family over the years, as well as frequent "drop by" visits from close friends. Donna loved to stay up late to maximize rare moments of quiet and do puzzles of all kinds, or play Rummikub or other games with any willing son, daughter or grandchild.

Donna had a quiet confidence, compassion and sense of humor as she helped many people in her life navigate difficult moments. She always seemed to know the right time to call or visit, the right thing to say, or the right gift to show someone that they were loved. She had a wonderful gift for making anyone feel at ease in any situation.

While we preserve her in ourselves and our memories, we know that Donna had complete faith in being reunited in heaven with her God and her loved ones.

In lieu of flowers, contributions may be made in Donna's name to St. John the Evangelist in Goshen or Hackensack Meridian Hospice South, Eatontown, NJ.

Arrangements under the care of the Donovan Funeral Home, Inc., Goshen, NY. To leave a condolence visit www.donovanfunerals.com

Share Your Memory of
Donna
Upload Your Memory View All Memories
Be the first to upload a memory!
Share A Memory
Send Flowers
Plant a Tree