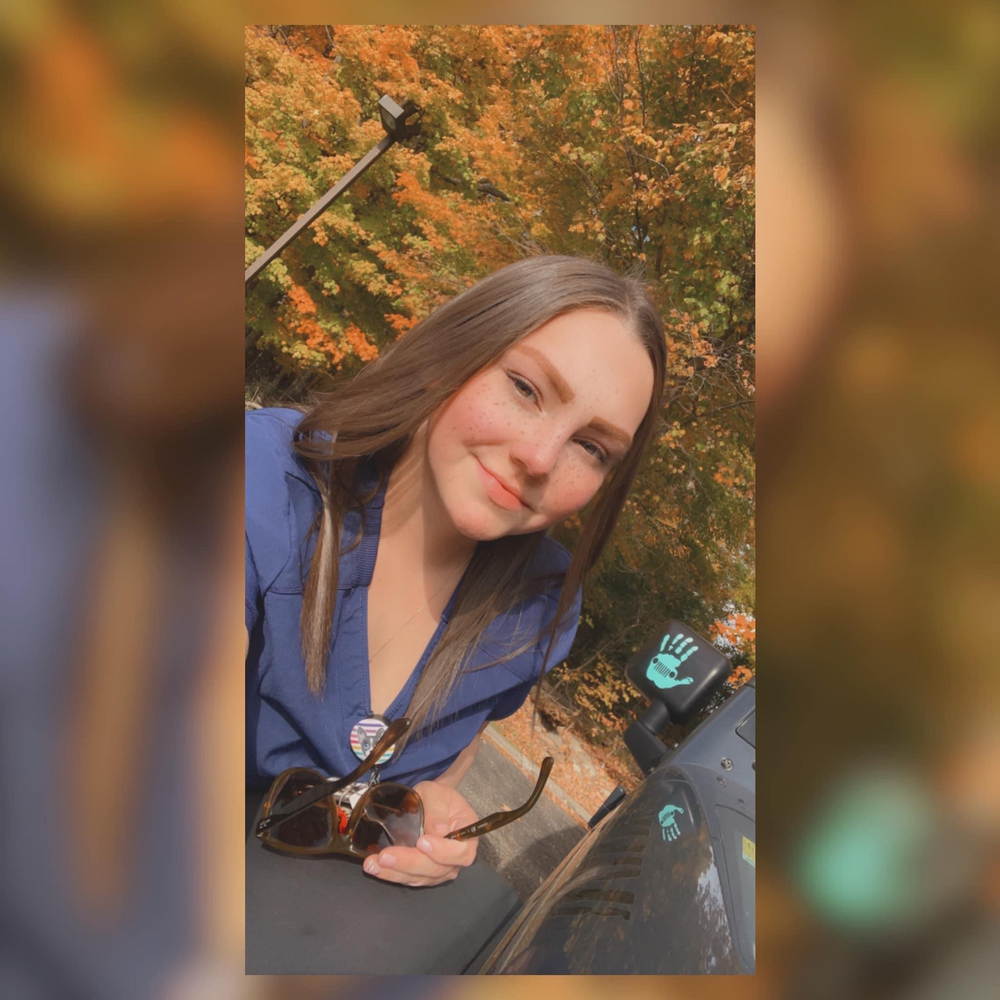 Please share a memory of Ashley to include in a keepsake book for family and friends.
View Tribute Book
Ashley Bynum Wade July 25, 1995-November 29,2022 Ashley Bynum Wade, 27, of Goshen, NY went to be with the Lord and with her beloved grandparents and other loved ones who have gone before her, on Tuesday, November 29, 2022 at Garnet Medical Center. Ashley was the daughter of Douglas V. Wade and Wendy Bynum-Wade of Goshen. Ashley fought valiantly to live her life to the fullest, in spite of a multitude of medical challenges and chronic illnesses. Left behind to mourn her loss are her parents, brother Luke Wade ( Heather) and their daughter April; uncles Jan Bynum (Deborah), Arnold Wade (Rae), Michael Wade (Amanda);aunts Brenda Kujawski ( Andrew), Karyn Maier ( Andreas), Diana Wade Scales, numerous cousins and friends who became family; namely Orra Wood, a second grandmother, Tiana Carino-Sanchez, her goddaughter Emily Sanchez, Margie and Edwin Morales and her new found tribe of Jeep enthusiasts and Marisa Robbins, a loyal high school friend. She was predeceased by grandparents Charles & Winifred Bynum, Clarence and Marjorie Mae Wade, Aunt Jean Wade and Uncle David Wade along with infant siblings Shannon and Morgan. Ashley was more than vital statistics. She was tenacious, determined and passionate about all of her activities through elementary and high school; gymnastics, cheerleading, tennis, the school musicals, scouts, Science Olympiad, and so much more. Through each of her illnesses she refused to accept limitations other than altering "when" she would accomplish something, not "if." As an adult, Ashley was able to use her experiences, both good and bad, to make her a competent, compassionate and very empathetic healthcare worker. Having been a "pin cushion" for most of her life and having to endure many unnecessary attempts to gain access for bloodwork and medications simply because older healthcare professionals would not take advice from a mouthy tween or teenager; Ashley chose phlebotomy as her first career step. Her ability to make patients feel comfortable, safe and "listened to" made her a favorite and often requested phlebotomist at Crystal Run, West Labs and most recently, Columbia Doctors in Monroe and Suffern. Ashley had a wicked sense of humor and a zest for life with all it had to offer. She was also annoyingly defiant, from birth. As a youngster we didn't consider it a positive trait, but after her medical journey began we realized that it was the character trait that would serve her best. She would not let any doctor or illness dictate what she could or couldn't do. Most would have "called it a day" many years ago and many chronic diagnoses ago. Ashley lived life to the fullest and on her terms; her family and friends are grateful that we got to share her as long as we did. Visitation will be Friday, December 9 from 4 to 7 PM at Donovan Funeral Home, Inc, 82 South Church Street, Goshen, NY. The Funeral Service to Celebrate her life will be held 11:00 am on Saturday, December 10, 2022 at First Presbyterian Of Goshen, 33 Park Pl., Goshen, NY with the Reverend Rhonda Meyers officiating.

Share Your Memory of
Ashley
Upload Your Memory View All Memories
Be the first to upload a memory!
Share A Memory