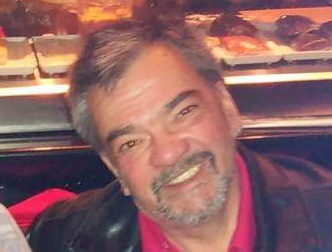 Please share a memory of Richard to include in a keepsake book for family and friends.
View Tribute Book
Richard John Kaulahea Peterson, age 62, of Campbell Hall, NY, passed away surrounded by family on Sunday, January 8, 2023 at Garnet Health Medical Center in Middletown, NY. Richard was born October 25, 1960 in Honolulu ,Hawaii, the son of Sandra and Joseph Peterson. Richard spent his early childhood years in Hawaii before moving to New York in 1970. He graduated from Goshen Central High School in 1979. He served in the United States Army from 1979 - 1981, completing his basic training at Fort Leonardwood, Missouri before being stationed in Germany. After the Military, Richard returned to Orange County where he worked and resided until settling in Central Islip, Long Island and worked at the North Port VA Hospital. He attended the Branford Hall Career Institute where he was on the President's list and earned his Medical Assistant Certificate. Richard was a member of the Heart of Long Island NA Outreach and Phebe Christian Center where he was proud to be an usher and ministered to those in need of hope. Richard was never ashamed to share his struggles, especially if it meant helping another person not feel alone. He was selfless and fiercely protective. Always there to sit and listen over a cup of coffee for 30 minutes or 3 hours if you needed it. Richard enjoyed spending time with his family and cheering for the NY Mets and Minnesota Vikings. The eldest of 7 children, Richard is survived by his siblings Robert Peterson of Mililani, HI, Thomas Peterson of Campbell Hall, NY, Philip Peterson (Michelle Rosen) of Brooklyn, NY, Mary Stevens (Richard) of Middletown, NY, Katherine Peterson-Lyle (Roger Lyle) of Pulteney, NY, Jacqueline Peterson of Houston, TX; 18 nieces and nephews Joshua Peterson, Cassandra Burton (Timothy), Jason Peterson, Bryan Peterson, David Peterson, Nicholas Stevens, Brittany Williams (Joseph), Katrina Bennett (Michael), Katherine King (Dakota), Christian Coons, Lauren Peterson, Ariana Peterson, Victoria Peterson, Samantha Lyle, Emily Stanton, Matthew Lyle, Sarah Lyle and Kainoa Fong-Peterson; great-niece Madelyn King, 3 great-nephews Owen Bennett, Benjamin Burton and Elliott Lyle and countless number of loving aunts, uncles and cousins. Richard was predeceased by his parents Joseph and Sandra Peterson, Uncle Robert F. Peterson and nephew Richard Curtis Stevens. Burial will be at the Orange County Veteran's Memorial Cemetery Goshen where Richard will be laid to rest joining his parents, Uncle Robert and nephew Curtis. A Celebration of Life will be held in the Spring. In lieu of flowers, donations can be made to Veterans Crisis Relief Fund at vcrf-donate.org Arrangements under the care of the Donovan Funeral Home, Inc., Goshen. To leave a condolence visit www.donovanfunerals.com