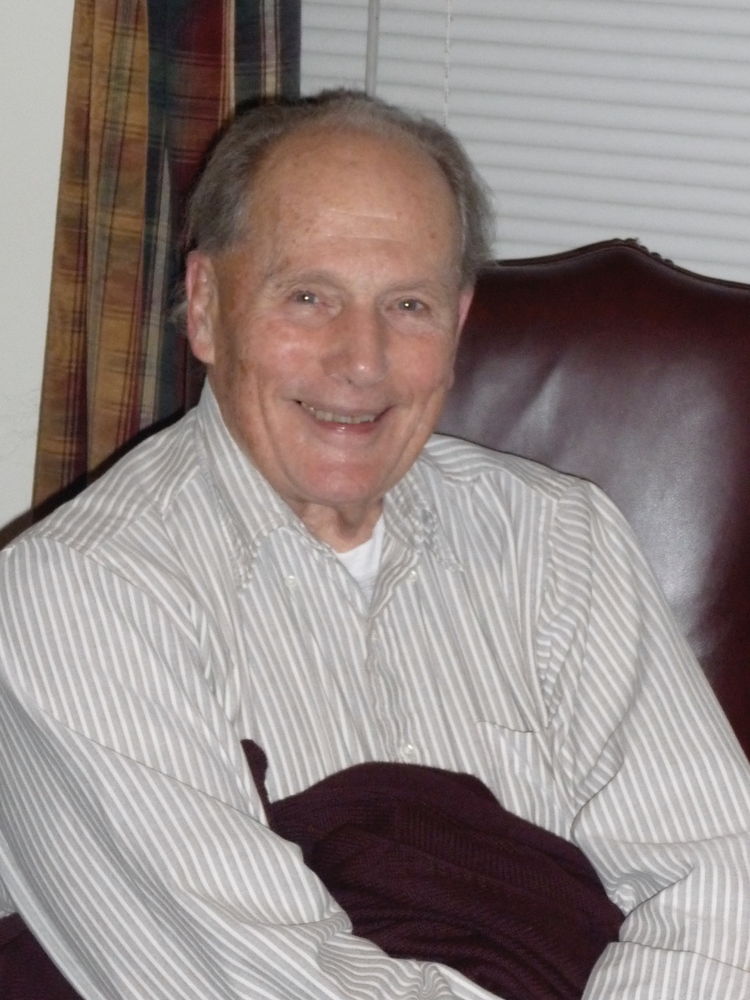 Dr. Richard M. Loomis of Goshen, NY passed away Friday, August 2, 2019, at the age of 92. Dr. Loomis was a Navy veteran, a college English professor, a novelist, husband, father, and grandfather. Born to Arthur and Ethel Loomis in Denver Colorado, he spent his childhood in Chicago and Cleveland. At age seventeen, he joined the Navy and served until WWII ended. Returning to college, he earned an undergraduate degree in English from John Carroll University, and, inspired by "An Essay on the Development of Christian Doctrine," among other writings, became a Catholic. He then joined the Trappist monastery at Gethsemani, Kentucky for three years, following which he earned a PhD in English from Cornell University. There he met and married Mary Guerriere, who would be his wife of 56 years until her death in 2010. He was a professor of English at King's College in Wilkes-Barre, PA, and Nazareth College in Rochester, NY. He wrote many scholarly works as well as fictional pieces throughout his career and into retirement. Richard is survived by his son and daughter-in-law, Mario and Donna, and his four grandchildren Joseph, Rebecca, Gabriel, and Teresa. His bright, engaging sense of humor made him beloved by all who knew him. A longstanding source of wisdom, love, and affection for his friends and family, he will be sorely missed. Visitation will be held on Wednesday, August 7 from 6:00 – 8:00 PM at Donovan funeral home, 82 South Church St., Goshen, NY 10924. A Mass of Christian burial will be held on Thursday, August 8 at 10:00 AM at St. Joseph's R.C. Church, 14 Glenmere Ave, Florida, NY 10921. Burial will take place on Friday, August 9, at 11:00 AM at St. Anthony's Cemetery in Freeland , PA. In lieu of flowers, donations may be made to Good Counsel Homes: www.GoodCounselHomes.org Arrangements under the care of Donovan Funeral Home, Inc. To leave a condolence online please visit www.donovanfunerals.com.
Wednesday
7
August