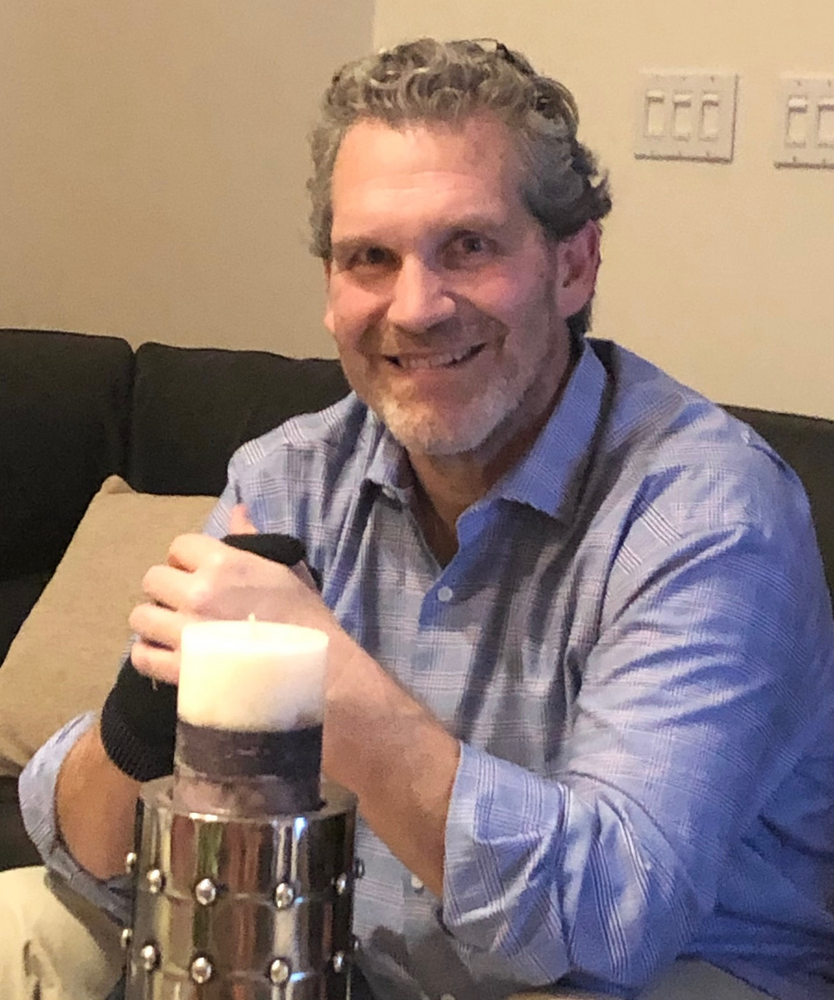 Please share a memory of David to include in a keepsake book for family and friends.
View Tribute Book
David Francis Crawford, age 60, of Goshen passed away Monday, August 29, 2022. David was born October 17, 1961 in Suffern, NY. He is the eldest son of Martin and Paula (Rinaldi) Crawford. Growing up, David was a dedicated Boy Scout. A natural athlete, David was the captain of his high school football team, the Ramapo Gryphons, and was selected for all-state. He went on to play right guard for the Catholic University of America in Washington, D.C. There, he pursued a bachelor's degree in Architecture, which set the foundation for his career over the next four decades. In university, he also spent time studying the art and science of architecture in Italy. David was most recently employed by Brown & Caldwell in Upper Saddle River, NJ after many years at Malcolm Pirnie/Arcadis Engineering. Additionally, David established his own real estate development group, MMMD, with his soulmate, Mary, and lifelong friends, Michael and Madeline. Through his innovative and stunning architectural designs, David's spirit will live on in the streets of Goshen, a place he deeply cherished and where he would often be caught chatting with neighbors and friends. A committed community member, he served on the Goshen town planning board and on the board for the Goshen Little League. David also dedicated significant time to the Beautiful People Adaptive Sports, a charity that builds bridges between sports, children/young adults with disabilities, and their families in Orange County. One of his proudest projects was designing and building an accessible turf baseball field for those with wheelchairs. In his free time, David enjoyed hiking in the Adirondacks with his soulmate, Mary, and together they would always stop at their favorite spot, the Friends Lake Inn. Moreover, David would organize one week in the Outer Banks, NC with his beloved friends and family, a tradition he honored for the past 14 years. You could find David with a cold beer, the sun shining on his face, and his feet in the sand. When he was not hiking or relaxing on the beach, David frequented the Long Lot Brewery in Chester, NY. On Friday nights, he most enjoyed being in the company of friends and was also known for starting a conversation or two with strangers. David is survived by his sons Andrew (Tara), Grant, Taylor; his Soulmate Mary and her children Shannon and Mike Roper; his mother Paula; his brothers Kevin (Jonathan), Marty (Popii); his best friends Michael and Madeline Maisano; his nieces April (Sean) and Monica (Zack); his uncle Jimmy (Karen) Rinaldi, as well as his numerous relatives, cousins, and many close friends. David was predeceased by his father, Martin Crawford The Memorial Visitation will be held Friday, September 2 from 5:00 - 8:00 PM at Donovan Funeral Home, Inc, 82 South Church Street, Goshen, NY. There will be time for friends and family to share personal memories at 6:30 PM. The Funeral Mass will be held Saturday, September 3 at 10:00 AM at St. John The Evangelist RC Church, 71 Murray Avenue, Goshen, NY. Burial will be private at the convenience of the family. In lieu of flowers, memorial donations may be made in David's name to Beautiful People Adaptive Sports at https://www.beautiful-people.us/donate-to-beautiful-people-adaptive-sports-programming/. Arrangements under the care of the Donovan Funeral Home, Inc., Goshen. www.donovanfunerals.com

Share Your Memory of
David
Upload Your Memory View All Memories
Be the first to upload a memory!
Share A Memory